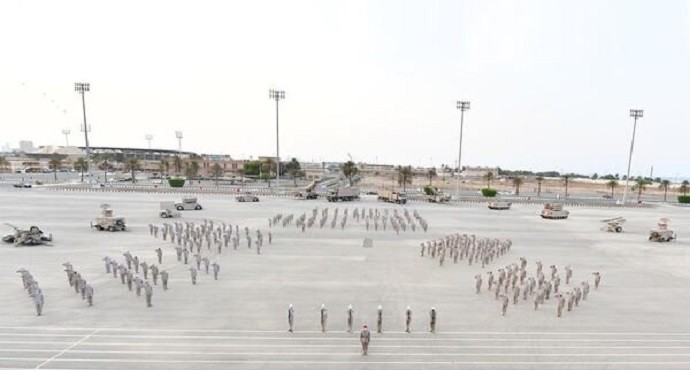 The Royal Saudi Air Defense Forces unveiled its new air-defense radar during a military parade on August 18, marking the start of training for the Islamic year 1443.

The Saudi Ministry of Defense released a short video and a photograph displaying the radar at the back of the parade at the Institute of Air Defense Forces in Jeddah.

The picture showed components from Shahine (Crotale), HAWK, Patriot, and Skyguard Air defense systems, and a truck carrying a radar with an elevated antenna and a second that may have been the associated command post.

Although the new air-defense radar was not clearly visible in the image released by the Saudi Ministry of Defense, the radar seemed to match the Chinese 3D TDA radar that was displayed during the World Radar Expo in Nanjing, China in April 2021.

According to the China Electronics Technology Group Corporation, the S-band radar can detect and track low-altitude targets such as cruise missiles, and small and slow unmanned aerial vehicles (UAVs) by using advanced digital array and software technology.