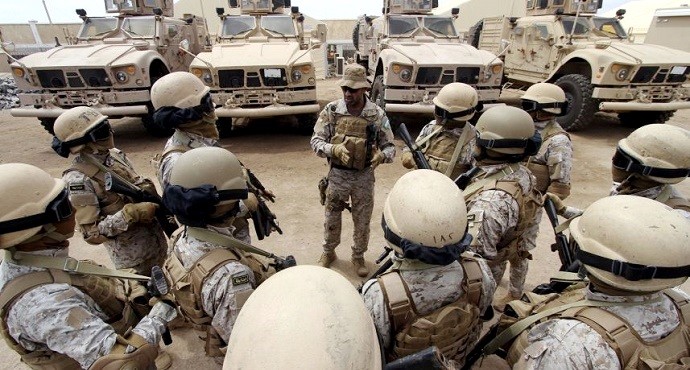 List of coalition countries include Egypt, Qatar, Turkey, Malaysia, and Pakistan, among others; Iran absent from alliance

The goal of this new coalition is “to coordinate and support military operations to fight terrorism” across the Middle East, Africa, and Asia, Saudi Deputy Crown Prince and Defense Minister Mohammed bin Salman said.

The Saudis also claim the new coalition will strive to assist and support international efforts against groups such as Islamic State (ISIS).

The coalition will face “the Islamic world’s problem with terrorism and will be a partner in the worldwide fight against this scourge” said Saudi defense minister and deputy crown prince Mohammad Bin Salman Al Saud at a press conference in Riyadh.

Egypt, Qatar and the United Arab Emirates are among the Arab countries in the alliance, together with Islamic countries Turkey, Malaysia and Pakistan, as well as African states. Iran was not included.

The countries have decided on the formation of a military alliance led by Saudi Arabia to fight terrorism, with a joint operations center based in Riyadh to coordinate and support military operations, the statement said. Saudi Deputy Crown Prince pointed out that an operations room of the alliance will be established in Riyadh to coordinate and support efforts to fight terrorism in all countries and parts of the Islamic world, noting that each country will contribute according to its capabilities.

“Today, every Islamic country is fighting terrorism individually. The coordination of efforts is very important; and through this room, means and efforts will be developed for fighting terrorism all over the Islamic world” he said.

At least ten countries, including Indonesia, “have procedures to go through” and are in the process of joining.

“Achieving integration, closing ranks and uniting efforts to combat terrorism, which violates the sanctity of people’s lives, threatens regional and international security and peace, poses a threat to the vital interests of the nation and undermines coexistence in it,” the statement said.

The statement said the alliance affirms “the principles and objectives of the charter of the Organization of Islamic Cooperation (OIC), which calls for member states to cooperate to combat terrorism in all its forms and manifestations and rejects all justifications and excuses for terrorism.”