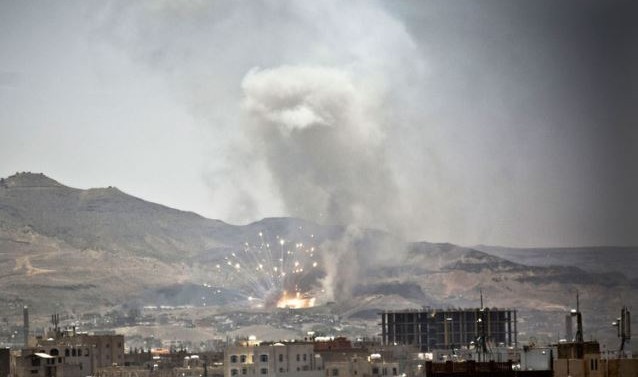 The Saudi Ministry of Defense has announced the end of Operation Decisive Storm, a military campaign led by the kingdom in Yemen to combat the Houthi advance in the embattled country, Al Arabiya reported.

According to the statement, the allied army has achieved its military goals in Yemen, and will now begin a new operation called “Restoring Hope”.

Focus will now be shifted towards security, counter-terrorism, aid and a political solution in Yemen, according to the Saudi-owned TV channel. But the Saudi-led coalition will “continue to prevent Houthi militias from moving inside Yemen,” a Saudi military spokesman said.

Speaking at a news conference in Riyadh on Wednesday, Brig. Gen. Ahmed Asiri says the objectives of the campaign have been met and that it would cease at midnight.

He says the rebels no longer pose a danger to civilians and that the new phase, called “Renewal of Hope” would focus on rebuilding the country while interdicting the rebels. Asiri did not rule out future airstrikes against the Houthi rebels.

The spokesman for the Saudi-led coalition targeting rebels in Yemen says the so-called “Decisive Storm” campaign is over, but that allies will launch a new phase aimed at preventing the rebels from operating.

A new operation will seek to protect civilians, distribute aid and restart political talks, Ahmed Asseri, a spokesman for the Saudi-led coalition, told reporters at a televised press conference. He said that may also include the use of force, though on a smaller scale than the past four weeks of bombing. The coalition will “stand against military movements and actions by the Houthi militia and its allies,” according to the statement.

The Saudi-led coalition began Operation Decisive Storm on March 25, with the aim of toppling the Houthi government in Yemen, which it views as loyal to Iran. Saudi Arabia, the world’s biggest oil exporter, and its mostly Sunni Muslim allies in the coalition have been seeking to roll back gains by the Houthis. The intervention has escalated a conflict in a country located among major oilfields and adjacent to key shipping routes.

Earlier on Tuesday, the Iranian deputy foreign minister had hinted at a ceasefire, signalling that diplomatic efforts may have been underway to stop almost a month of Saudi-led bombing of Yemen’s Houthi group.

“We are optimistic that in the coming hours, after many efforts, we will see a halt to military attacks in Yemen,” Hossein Amir Abdollahian was quoted as saying by Iranian news agencies.