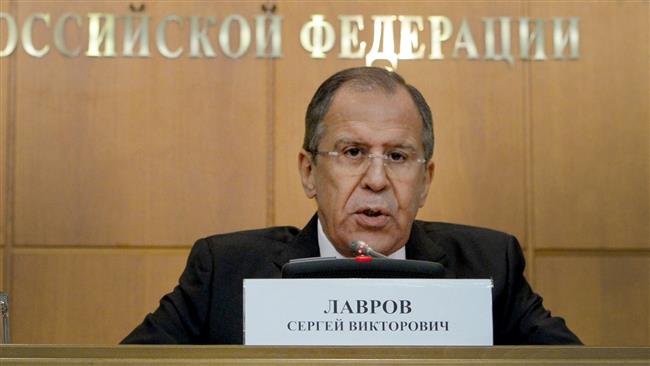 Russian Foreign Minister Sergei Lavrov says the United States wants to dominate the world, adding that attempts by the West to isolate Russia over the crisis in Ukraine would not produce results.

Lavrov made the remarks on Wednesday at a press conference in Moscow, a day after US President Barack Obama’s State of the Union speech.

“The address delivered by President Obama yesterday proves that the [US] philosophy has only one central piece – we are No.1 and everyone else has to admit it,” said Lavrov.

“This [attitude] is a bit old-fashioned, it fails to meet present-day realities and demonstrates that the United States actually wants to dominate the world rather than be the first amongst equals,” added Lavrov, noting, “This too shall pass.”

Lavrov said the West’s attempts to freeze out Russia over the Ukraine crisis would not be effective, adding that Russian President Vladimir Putin had declared that “Russia will never resort to self-isolation.”

The Russian minister once again rejected Kiev’s and the West’s allegations a Russian military presence in the warn-torn region, calling on them to provide proof for such claims.

In addition, Lavrov said Moscow is determined to resolve the conflict in eastern Ukraine and that he would seek an immediate ceasefire between Ukrainian troops and pro-Russia forces at the talks due to be held in the German capital, Berlin, later on Wednesday with his counterparts from Ukraine, Germany and France.

The top Russian diplomat said pro-Russia forces have already agreed to withdraw heavy artillery from Ukraine’s restive eastern regions and added, “Now the Ukrainian authorities should do their bit.”

The two mainly Russian-speaking regions of Donetsk and Lugansk in eastern Ukraine have been the scene of deadly clashes between pro-Russia protesters and the Ukrainian army since Kiev’s military operation started in mid-April in a bid to crush the protests.

According to the latest figures released by the United Nations, around 5,000 people have been killed in the fighting.