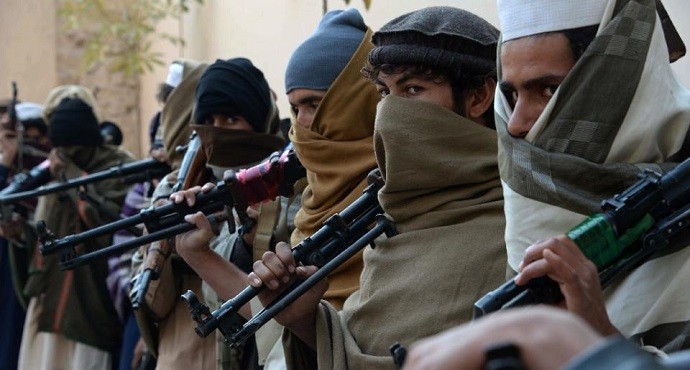 MOSCOW (Russia) — Russia is exchanging information with the Taliban because Moscow’s interests in Afghanistan “objectively coincide” with those of Taliban in the fight against the militant group ISIS, a senior Russian diplomat has said.

Russian Foreign Ministry spokeswoman Maria Zakharova said the contact between Moscow and the Afghan Taliban only involves intelligence-sharing and information exchange regarding the fight against ISIS.

“The Taliban interest objectively coincides with ours,” when it comes to fighting ISIS Zanir Kabulov reasoned. “I have already said earlier that we and the Taliban have channels for exchanging information.“

The news is astounding for many as Russia has long been opposed to the Taliban, fearing that a Taliban-controlled Afghanistan could be used as a launchpad to support terror attacks in Russia, but it certainly views Taliban as a lesser evil against ISIS which it can work with for now.

Kabulov said that Russia is also ready to supply the central government in Kabul (an enemy of the Taliban) with arms to help it deal with the threat by ISIS. Doubtlessly those arms may well be used by that government in its continuing war with the Taliban.

The Taliban, however, issued a statement Friday denying any contact with the Russian government. The Taliban denied needing any help in the fight against ISIS but maintained they had the right to request assistance from other nations.

Addressing Russian media reports about Russia supplying weapons to fighters in Afghanistan, Moscow calrified that the only weapons that would be transferred on a commercial basis would go directly to the Afghan government and would not involve the Taliban because of sanctions against the group. Zakharova, the Russian Foreign Ministry spokeswoman said Russia “strictly follows the sanctions regime against the Taliban.”

Olga Oliker of the Center for Strategic and International Studies in Washington comments: “The ties between ISIS and the insurgency in the north Caucasus, the fact that there are people from the north Caucasus fighting in Syria — maybe not as many as the Russian government says, but certainly a good number, including in leadership roles — means that Russia does see ISIS and a lot of the other Islamist groups as a particular threat, in a way that maybe the Taliban isn’t .. So the Russians may think they (the Taliban) are the lesser of the available evils.” Analysts believe Putin’s moves are all about projecting relevance and strength.

“What Putin is doing now is telling those states, ‘I will work with the Taliban to ensure that we have an agreement to collect intelligence about ISIS before they come across the border,’ ” Mudd said. ” ‘When I collect that intelligence, I will pass it back to you.’ This is as much about restoring those relationships and trust with the central Asian republics and competing with the United States as it is about countering ISIS in Afghanistan.”