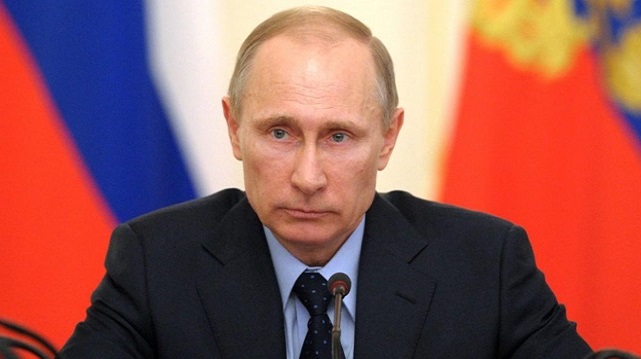 The Russian Foreign Ministry said on Saturday new Western sanctions against Ukraine’s Crimea region were a “collective punishment” on residents who voted last March to join Russia, adding it was preparing to retaliate.

The March referendum, which Ukraine and Western countries rejected as illegal, resulted in a 97 percent vote in favor of joining Crimea to the Russian Federation. President Vladimir Putin signed a decree the following day to annex the peninsula.

“Introducing new unilateral sanctions against the Republic of Crimea and the city of Sebastopol by the USA and European Union is direct evidence that the West has acknowledged that the decision by the Crimeans to rejoin Russia was unanimous and voluntary,” the ministry said in a statement.

“That’s why they chose the ‘punishment’ to be collective,” it added. “It is sad that the countries which call themselves democratic resort to such methods in the 21st century.”

The West slapped sanctions on Moscow over Crimea and then stepped them up as pro-Russian separatist unrest spread to the eastern Ukraine regions of Donetsk and Luhansk, where rebels seeking to split from Kiev are fighting government troops.

President Barack Obama said on Thursday he had signed into law a new Russian sanctions bill passed by Congress, but added that he did not intend to impose further curbs against Moscow for now. However, Canada announced on Friday that it was hitting Russia with a fresh round of restrictions.

Russian Foreign Ministry spokesman Alexander Lukashevich said the sanctions undermined political efforts to resolve the conflict in eastern Ukraine, adding that Crimea was a “primordial and inseparable” part of Russia.

“We advise Washington and Ottawa to think about the consequences of such actions. Meanwhile, we will work on retaliatory measures,” Lukashevich said in comments published on the ministry web site.

Russia retaliated to earlier sanctions by limiting food imports from a range of Western countries.

Kiev and its Western backers accuse Moscow of fanning the violence and arming the rebels. Moscow denies the accusations and says it annexed Crimea only after the local referendum showed most residents wanted it to become part of Russia.

“This article was originally published in Reuters website: http://www.reuters.com/article/2014/12/20/us-ukraine-crisis-russia-crimea-idUSKBN0JY0AK20141220″