Home / News / US / Pentagon to deploy hypersonic weapons by mid-2020s 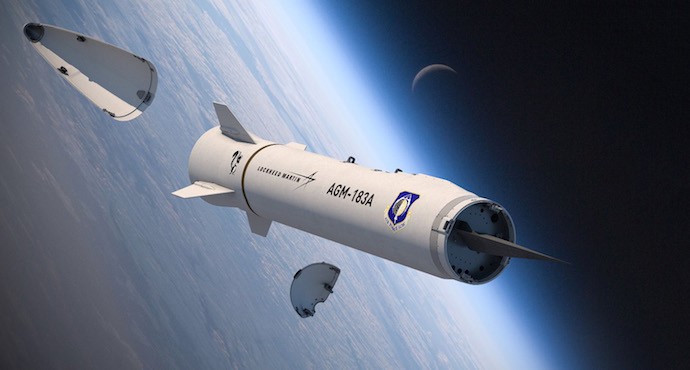 Defense Department considers hypersonics as one of the highest priority areas

The U.S. military is aiming to field offensive hypersonic weapons by the early to mid-2020s, the Pentagon said.

The Defense Department has identified the hypersonics as one of the highest priority modernization areas as Russia and China develop their own capable systems.

However, “great power” competitors, Russia and China, in particular, have aggressively pursued hypersonic technologies and capabilities, and are developing hypersonic systems and in fact-fielding weapon systems based on hypersonic capabilities, he said.

To counter the threat, the DoD has developed a hypersonics modernization which consists of developing air, land, and sea-launched, conventionally-armed hypersonic strike weapons for the highly-survivable, long-range, time-critical defeat of maritime, coastal and inland targets.

The strategy also involves utilizing reusable, hypersonic systems for intelligence, surveillance, reconnaissance and strike, as well as the first stage of a two-stage vehicle for rapid access to space and using comprehensive, layered-defeat of an adversary’s tactical hypersonic strike missile capability.

For major phases of implementation:

“We will deliver strike capability to the warfighter in the early-mid 2020s and a layered hypersonic defense capability — first terminal and then glide phase — in the mid-late 2020s. For reusable systems, our goal is to deliver capability in the early to mid-2030s,” White said.

Hypersonic systems are able to travel on extended flights within the upper atmosphere — 80,000 to 200,000 feet — at speeds near and above Mach 5, and they’re able to maneuver in hard-to-predict ways.