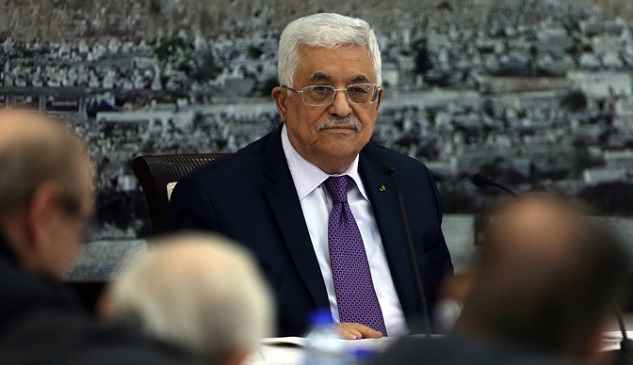 Along with the letters of accession to the ICC, Palestine has reportedly filed a request to the Hague to investigate Israeli war crimes during the 50-day war in Gaza last summer. Palestinian officials have not yet commented on the Israeli media reports.

Palestinian president Mahmoud Abbas signed the request to probe IDF’s use of force starting June 13, 2014 along with the letters of accession to the International Criminal court on Wednesday night, an unnamed NGO worker told Haaretz. On Friday the batch of newly signed documents and the petition are expected to be received by the UN secretary-general.

“As far as the Palestinian leadership is concerned, everything that had to be done to join the International Criminal Court has been done,” a Palestine Liberation Organization official told the publication.

The source stressed that official membership would enable Palestinians to file complaints against Israel without the hindrance of bureaucracy of the Palestinian Authority. The source added that Hamas leader are willing to risk standing trial at the ICC as long as Israel is brought to justice for their actions against militants in Gaza that resulted in a massive civilian casualties.

The seven weeks of Israeli bombardment and ground operation in Gaza killed more than 2,200 people – the vast majority of them civilians.

During the Gaza war, the Chief Palestinian negotiator Saeb Erekat and top Palestinian and Hamas officials sealed a deal agreed to joining the ICC, knowing willingly that in response Tel Aviv might file a counter-compliant for war crimes.

“We guard our people in every place, and the crimes committed against our people in eliminating them, settlements, destruction, and aggression against Gaza, they haven’t passed statutes of limitations and those who commit the crimes need to deal with the results,” Erekat said as he submitted the letters, Arutz Sheva quotes.

The petition to prosecute Israel was submitted soon after Abbas signed the ICC’s founding treaty, the Rome Statute, on Wednesday, filling a request to become a member state. That request is pending.

RT spoke to a representative from Israel’s Foreign Affairs Ministry, Oren Rozenblat who insisted Abbas’ move to join the ICC is “not a way to peace.”

“A way to peace is going through the negotiation table…and not through unilateral acts,” the spokesman says, as he warned the Palestinian Authority itself maybe prosecuted.

“Right now, part of the Palestinian Authority is the Hamas. The Hamas is a well know terrorist organization, just like ISIS,” Rozenblat told RT, claiming that Palestinians may end up in court.

For its part, Rozenblat says, Israel does not feel threatened, because Tel Aviv is confident in its forces’ conduct.

“We don’t feel threatened. We know our Israeli Defense Forces. We know the way they act. We know the way we investigate ourselves. So this is not our concern. This is their concern,” the spokesman said.