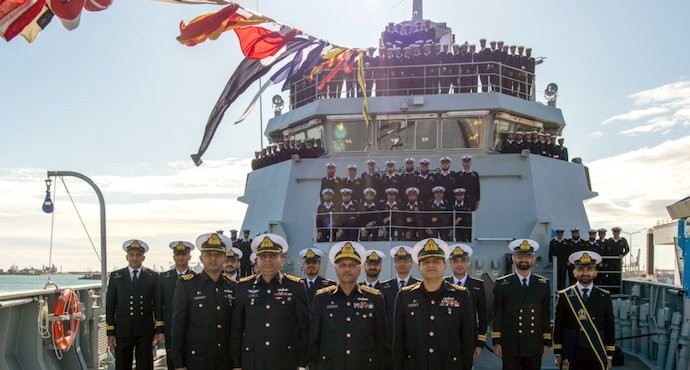 Vice Admiral Muhammad Fayyaz Gilani emphasized the importance of corvettes in the maritime domain and said that induction of these platforms “will act as force multipliers in enhancing Navy’s capability of safeguarding maritime interests.”

He also praised the professional competence of Damen Shipyards and delivering high-quality platforms in record time as well as the prospects of future cooperation with the Pakistan Navy.

“The ship is capable to perform a variety of maritime operations, transport helicopter & Unmanned Aerial Vehicle (UAV) simultaneously” according to the official statement. The ship can launch two high-speed RHIBs of 11.5 meters and 6.5 meters simultaneously and also has the capability to accommodate two TEUs for special mission-based operations.

The second ship, PNS Tabuk, is expected to join Pakistan Navy Fleet by May 2020.