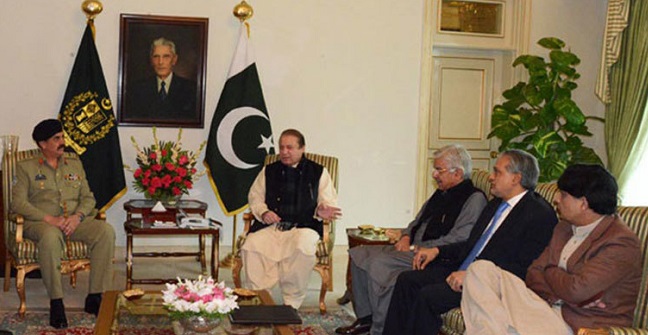 Pakistan says it is not prepared to participate in the Saudi-led coalition that has launched airstrikes on Yemen.

“Instead of aggravating the situation (in Yemen) by participating in it (coalition), Pakistan should do what it can to prevent it for the alliance and unity of the Muslim world,” Pakistani Defense Minister Khawaja Asif told the Pakistani parliament on Friday.

“We don’t want to be part of any proliferation, we will try to contain it,” Asif said, adding that there was concern that the move could fuel tensions in Pakistan and the Muslim world.

“Pakistan is ready to adopt whatever role is needed in order to facilitate the termination of conflicts in the Islamic world,” he added.

The remarks came a day after Saudi Arabia called on Pakistan to join the coalition.

Asif added that Pakistan has only pledged to defend “the territorial integrity of the Kingdom of Saudi Arabia.”

Saudi-led warplanes carried out the first airstrikes on Yemen on Thursday, with the aircraft bombarding the capital, Sana’a, the northern city of Sa’ada and Ta’izz in the south.

The invasion of Yemen came as fugitive Yemeni President Abd Rabbuh Mansur Hadi arrived in the Saudi capital, Riyadh, on Thursday night. Riyadh says it has begun the strikes to defend the “legitimate government” of Hadi upon his request.

Reports say nearly 40 people have been killed since the airstrikes began.

The airstrikes against Yemen have drawn condemnation from many countries, including Iran, Russia, Iraq, Syria as well as the Lebanese resistance movement, Hezbollah.

The Al Arabiya News Channel reported on Thursday that Saudi Arabia has deployed 100 fighter jets, 150,000 soldiers and other navy units for the military campaign in Yemen.

The blatant violation of Yemen’s sovereignty by Saudi Arabia has so far been ignored by international organizations, especially the UN, which remains silent toward aggression against one of its member states.