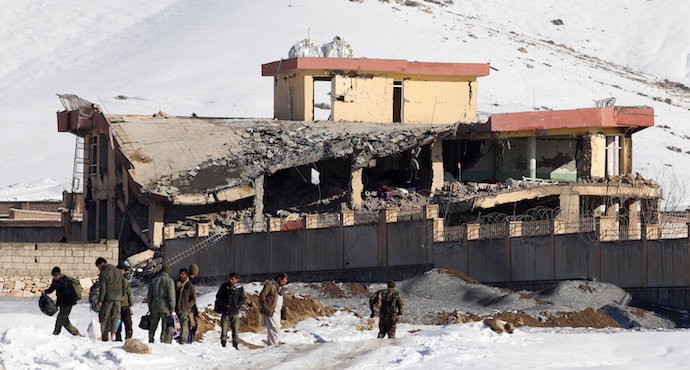 More than 120 Afghan security personnel have been killed in a deadly Taliban assault on a military base in eastern Afghanistan, authorities said. The attack took place at the Afghan forces training centre in Maidan Shar, the capital of Maidan Wardak province.

The military base in Maidan Wardak which was attacked on Monday is reportedly a training centre run by the National Directorate of Security (NDS), Afghanistan’s main intelligence agency. The attack is being termed as one of the deadliest attacks against the intelligence service in the 17-year war with the Taliban.

“We have information that 126 people have been killed in the explosion inside the military training center,” the official said.

“Eight special commandos are among the dead,” said a senior member of Kabul’s defence ministry. An official from the Afghan public health ministry said the total of killed and wounded could be about 140 people.

Another local official, Sharif Hotak, saw the bodies of at least 35 Afghan security forces in the hospital and said many more had also been killed.

The lethal attack came amid fears that Afghan forces and occurred on the same day when Taliban representatives met Zalmay Khalilzad, the U.S. special envoy for peace in Afghanistan, in Qatar.

The deadly attack on Afghanistan’s beleaguered security force came amid American fears that the beleaguered Afghan forces are suffering unsustainable casualties against the Taliban.