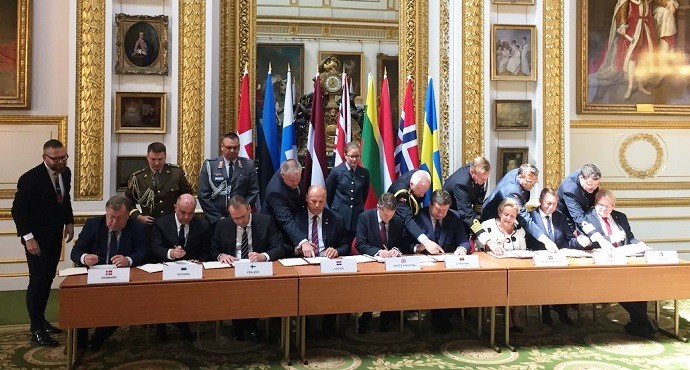 Nine European Union member states have agreed to form a joint military intervention force invented to swiftly deal with crisis around the world.

The European Intervention Initiative, proposed last year by French President Emmanuel Macron, has the support of the United Kingdom as a way to maintain strong defense ties with the bloc after Brexit.

Foreign ministers from Belgium, Denmark, Estonia, France, Germany, the Netherlands, Portugal, Spain and the U.K. signed the letter of intent in Luxembourg on June 25 to form the rapid intervention force.

An unstable World calls for quick responses. Today Denmark has signed the Joint Expeditionary Force #JEF Agreement with . That enables us to act with high readiness to international crises and conflicts #StrongerTogether pic.twitter.com/rt0XBfsd75

The initiative involves “joint planning work on crisis scenarios that could potentially threaten European security”, according to a source close to the minister, including natural disasters, intervention in a crisis or evacuation of nationals.

It would be separate from other EU defense cooperation, meaning there would be no obstacle to Britain taking part after it leaves the bloc.

French Defense Minister Florence Parly told Le Figaro that the European Intervention Initiative is “clearly an initiative that allows some non-E.U. states to associate. The U.K. has been very good because it wants to maintain cooperation with Europe beyond bilateral ties.”

French President Macron announced the planned force in a speech at the Sorbonne last September, and October’s Strategic Review of Defense and National Security makes plain that the European Intervention Initiative is high on France’s agenda.

The initiative has reportedly has taken NATO leaders by surprise. However, Nato’s secretary general, Jens Stoltenberg, who was in Luxembourg for discussions on European security and defence before a summit of the military alliance in Brussels next month, told reporters: “I welcome this initiative as I believe it can strengthen the readiness of forces. We need high readiness that is exactly what Nato is now focusing on.