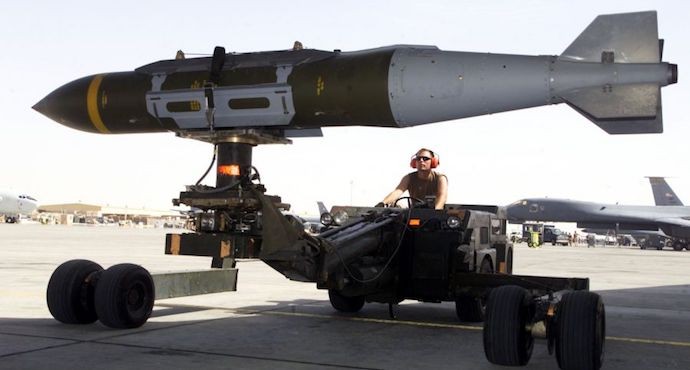 The PGMs were procured through a NATO program involving 11 members and partners.

The PGMs are produced in the United States and will be delivered to Belgium and Denmark in the next several weeks, NATO announced. The value of the initial order is $20 million.

The stockpile allows NATO members to draw upon each other’s precision guided munitions in case of need or in reaction to a crisis. It is intended to reduce dependence on the USA’s munitions for air-to-ground strike missions, a dependency which was exposed during the Libya Operation when some allies ran out of munitions and found it difficult to use those of other air forces.

“We realised that we needed a new, flexible approach to the provision of air-to-ground precision-guided munitions,” says Rose Gottemoeller, NATO deputy secretary general.

“This initiative seeks to address a problem that NATO first encountered during the Libya Operation: when some Allies ran out of their stockpiles of munitions, they found it incredibly difficult to use those of other air forces. We realized that we needed a new, flexible approach to the provision of air-to-ground precision-guided munitions. I am happy that this approach is now delivering its first results,” said Rose Gottemoeller, NATO Deputy Secretary General.

The project is managed by the NSPA on behalf of the Allies. So far, 11 NATO members have joined this effort: Belgium, the Czech Republic, Denmark, Greece, Hungary, the Netherlands, Norway, Poland, Portugal, Spain, and the United Kingdom. NATO partner Finland is also a participant.

NATO says it has started to build similar frameworks for the acquisition of land and maritime munitions.