Home / Europe / News / US / NATO pulls off summit despite divisions 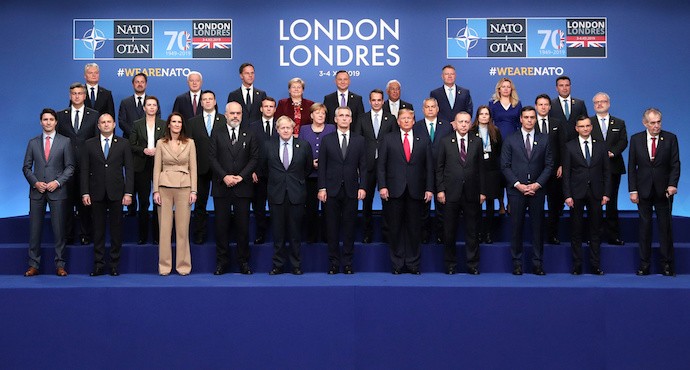 Seventy years after Nato was founded to protect western Europe from Soviet Union, the alliance returned to its first home in London and vowed to stick together against threats from Russia and terrorism and prepare for China’s rise.

The summit is the first time its leaders have considered the rise of China, which has never been a focus for the organisation.

At the 70th anniversary summit, the 29 leaders agreed a joint statement despite divides over spending and strategy and sharp exchanges between several of the heads of state ranging from “delinquent” to “brain dead” and “two-faced”.

Trump cancelled his planned final news conference to fly directly back to Washington after the release of a video showing Canada’s Prime Minister Justin Trudeau, France’s President Emmanuel Macron, Britain’s Prime Minister Boris Johnson and the Netherlands’ Mark Rutte joking together about how Trump had delayed the previous days meetings. However, Trump convinced his European allies to boost defense spending and Turkey to drop its objections to the adoption of an updated defense plan for the Baltic states and Poland.

British Prime Minister Boris Johnson said: “There is far, far more that unites us than divides us, and I think one thing every leader here is absolutely resolved upon is the vital importance of NATO for our collective security.”

“We have been able to overcome our disagreements and continue to deliver on our core tasks to protect and defend each other,” NATO’s ever-optimistic Secretary-General Jens Stoltenberg told a news conference.

In a joint declaration, the alliance’s 29 leaders said: “Russia’s aggressive actions constitute a threat to Euro-Atlantic security; terrorism in all its forms and manifestations remains a persistent threat to us all.”