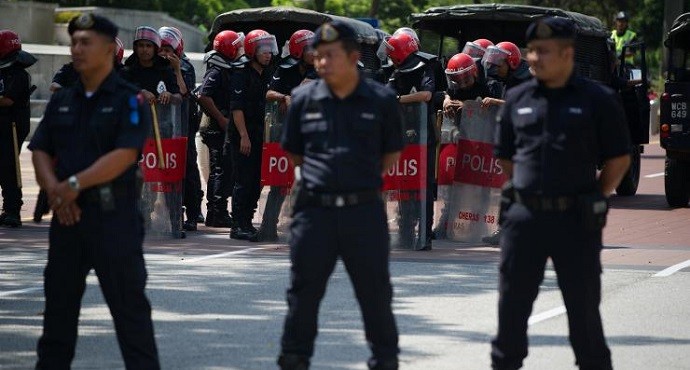 At least 10 Malaysians, suspected of links to ISIS, have been arrested by Malaysian police on Thursday. Among them six members of the country’s security forces who are now being investigated.

“They are suspected to be involved in activities to promote the Islamic State ideology,” police chief Khalid Abu Bakar said in a statement announcing the arrests.

The suspects are believed to be spreading ISIS ideology, collecting funds to assist the militant group and arranging for Malaysian ISIS members to go to Syria.

“We believe they were planning to acquire weapons to launch attacks in Malaysia,” said Inspector- General of Police Khalid Abu Bakar in a statement yesterday.

These activities ranged from raising funds for the movement to recruiting Malaysians and planning to buy weapons for an attack in Malaysia, he added, but gave no details.

The suspects, who included two women and two civil servants, were arrested following an operation launched by the police anti-terrorism unit in the capital, Kuala Lumpur, and five Malaysian states, the statement added.

Although Malaysia has not seen any significant militant attacks, it has arrested nearly 100 citizens this year on suspicion of links to ISIS. Authorities have identified 39 Malaysians in Syria and Iraq.

Recruits now include young women and families, with domestic news reporting that a family of four had traveled to Syria, while a Malaysian female doctor’s posts on Facebook on her life as a militant’s wife in Syria have attracted wide attention.