Home / News / US / Laser weapons for fighters, drones ready for use 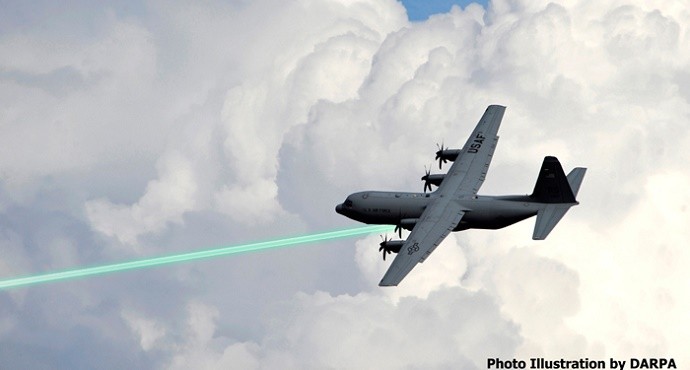 Laser guns will no longer be the realms of fiction movies as the swift technological advancement has brought governments and militaries much closer to their dream of arming fighter jets with laser.

“The technologies now exist,” said Paul Shattuck, company director for Directed Energy Systems at Lockheed Martin. “They can be packaged into a size, weight, power and thermal which can be fit onto relevant tactical platforms, whether it’s a ship, whether it’s a ground vehicle or whether it’s an airborne platform.”

In fact, Lockheed Martin is ready to start providing the U.S. military with laser weapons capable of 30 KW beams as soon as they receive the order, according to three Lockheed executives in an interview with Defense News.

Lockheed Martin’s ATHENA (Advanced Test High Energy Asset) lasers can disable a truck’s engine from over a mile away with only 30 KW of power. It is already in production and capable of up to 120 KW with the right set of modules. Lockheed is also set to deliver its first 60 KW RELY laser to the Army by the end of this year. “The question is moving from, ‘Do we have the devices?’ to ‘How quickly can we integrate them on the platform?’” said Daniel Miller, Senior Fellow for Air Vehicle Science and Systems with Lockheed’s Skunk Works division.

Lockheed Martin is not the only company building laser weapons. Boeing has developed an anti-drone laser that takes only a few minutes to set up. Raytheon and Textron are also developing the technology.

With more companies testing the laser devices, governments and militaries will have the advantage of having a more affordable and effective system.

The US Army is planning to deploy the first laser weapons in 2023, revealed Mary J. Miller, deputy assistant secretary of the Army for Research and Technology to the House Armed Services Committee’s Subcommittee on Emerging Threats and Capabilities.

Miller explained that the Army wants to understand the lasers’ full capabilities ‘before we offer it to a Soldier.’

‘Lasers have been promised for a long time, but they’ve never held up and delivered what was asked for, so the operators are rightfully skeptical,’ she pointed out.

‘The Air Force is flying every day with lasers under its transport aircraft, using them as infrared countermeasure system’ Walker said.

Air Force General Hawk Carlisle believes directed-energy weapons pods could soon be affixed to fighter jets to destroy or disable incoming missiles, drones, and even enemy aircraft at a much lower ‘cost per shot’ than missiles or even guns.

The front runner for the Air Force system is believed to be called the High-Energy Liquid Laser Area Defense System (HELLADS), and will create a laser small enough to be mounted on a plane, and is expected to be ready for use by 2020.

In lab and development tests in which it was pitted against mortars, low-flying missiles and drones, the HELLADS produced “unprecedented power and beam quality for its size,” according to a public statement from Rich Bagnell, HELLADS program manager at the Defense Advanced Research Projects Agency.

U.S. Air Force Research Laboratory (AFRL) is on track to demonstrate a working laser weapon on a fighter jet by 2020, it has revealed. The AFRL is also working on a defensive laser shield. A 360-degree laser ‘bubble’ would surround a U.S. warplane and that bubble would disable or destroy anything that comes inside, like a missile or another aircraft.

To invent such a shield, you’d need a turret that doesn’t interfere with the aerodynamics of the warplane and a turret has already been successfully tested under Hammett at AFRL in partnership with Lockheed Martin and DARPA, the Pentagon’s Defense Advanced Research Projects Agency.