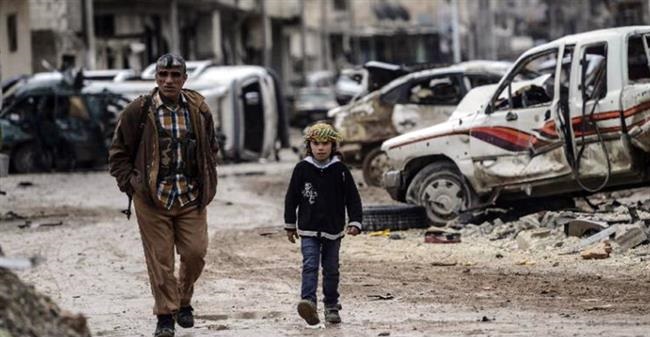 ISIS terrorists are offering to deliver the bodies of Kurdish fighters they have killed in battles in return for cash, a newspaper reports.

Germany’s Frankfurter Allgemeine newspaper on Sunday quoted security sources as saying that the ISIS is offering to sell dead bodies in a bid to create a new source of income to overcome its financial woes.

The ISIS militants are ready to deliver the dead bodies in exchange for cash “ranging between 10,000-20,000 dollars for each body,” the paper said.

The financial situation has forced the ISIS to cut its payroll by two-thirds, the newspaper added.

The ISIS terrorists have been active in smuggling oil from Iraq and selling Iraqi women as slaves.

Global rights organizations have also reported about Izadi women and girls being forced into slavery by the ISIS militants, saying each girl is sold for only 200 US dollars.

The British Daily Telegraph reported in July 2014 that the ISIS raise as much as USD 1 million a day from the sale of crude oil recovered from the oil reservoirs south of the city of Mosul and smuggled to countries like Turkey.

According the Frankfurter Allgemeine, the attacks on the militants have destroyed much of the oil infrastructure they used for oil smuggling and due to the fall in oil prices on the world market, the militants are no longer able to sell a barrel for “more than 10 to 20 dollars.”

Last week Iraq’s Ambassador to the UN Mohamed Ali Alhakim said the Iraqi government has found evidence of possible organ trafficking by the ISIS terrorists in mass graves containing 10 to 20 bodies each. The bodies had incisions on their backs, according to the ambassador.

ISIS started its campaign of terror in Iraq in early June 2014. The heavily-armed militants took control of the country’s northern city of Mosul before sweeping through parts of the country’s Sunni Arab heartland.

Iraqi soldiers, police units, Kurdish forces, Shia volunteers and Sunni tribesmen have succeeded in driving the ISIS terrorists out of some areas in Iraq.