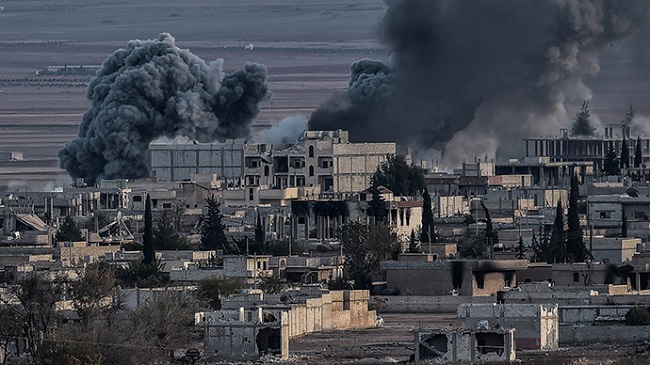 U.S. forces have killed the Islamic State’s “finance minister” who was believed to be second to Abu Bakr al-Baghdadi, US Defense Secretary Ashton Carter announced, saying that his death would “hamper the organization’s ability to conduct operations both inside and outside Iraq and Syria.”

The death of Haji Imam, whose real name is believed to be Abd al-Rahman Muhammad Mustafa al-Qaduli, gave evidence that “we are systematically eliminating ISIL’s cabinet,” Carter said, using another acronym for the Islamic State of Iraq and Syria, or ISIS.

Carter declined to say whether Haji Imam was killed in Iraq or Syria, or whether the operation was an air strike or a Special Operations raid, but said “we’ve now taken out the leader who oversees the funding.”

The U.S. operation was intended to capture him alive, a U.S. official told CNN. Helicopters loaded with special operations forces swooped in on a vehicle carrying al-Qaduli, but at the last moment something happened that caused them to decide to fire on the vehicle instead. The official would not say what it was that caused them to modify the plan.

Explaining the significance of this particular figure, Carter noted, “We’ve taken out the leader who oversees the funding for ISIL’s operations, hurting their ability to pay fighters and hire recruits.”

Chairman of the Joint Chiefs Gen. Joseph Dunford, appearing alongside Carter, agreed that the U.S.-led coalition was gaining momentum, but he cautioned: “By no means would I say that we’re about to break the back of ISIL or that the fight is over.”

Christopher Harmer, a former US Navy officer and currently a senior naval analyst at the Institute for the Study of War, told media that the strike is “tactically spectacular, but strategically irrelevant.”

“It’s always good to kill enemy leadership, but ISIS has shown repeatedly that it can withstand individual casualties in leadership without suffering any significant breakdown in morale or battlefield performance,” Harmer said.

Kyle Orton, a Middle East analyst and fellow with the Henry Jackson Society, a UK-based foreign-policy think tank, said that ISIS’ chain of command is built to withstand deaths.