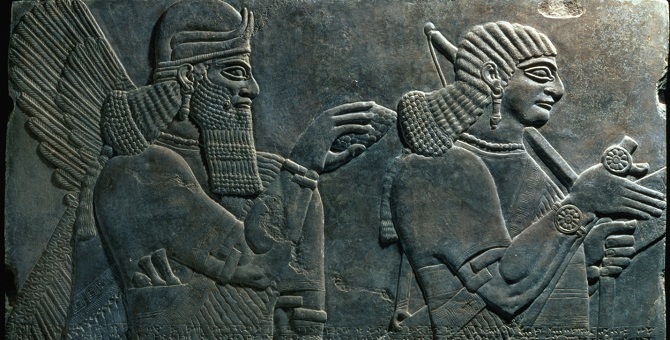 The ISIS militants have “bulldozed” the ancient Assyrian city of Nimrud in the northern part of Iraq, Iraqi government officials say.

The terrorist group “assaulted the historic city of Nimrud and bulldozed it with heavy vehicles,” read a post on an official Facebook page of the Iraqi Ministry of Tourism and Antiquities on Thursday. The ISIS group released a video on February 26 showing its militants using sledgehammers and drills to smash ancient statues at the Ninawa museum in Mosul, which put on display Assyrian artifacts dating back to the 9th century B.C.

ISIS terrorists, who have already been persecuting minorities and people of various faiths, are also targeting artifacts and museums.

Officials in Mosul said in early February that the ISIS had burnt a precious collection of historic books and manuscripts in the Ninawa museum. Tens of thousands of priceless documents, some of them registered with the United Nations Educational, Scientific and Cultural Organization (UNESCO), were destroyed in flames.