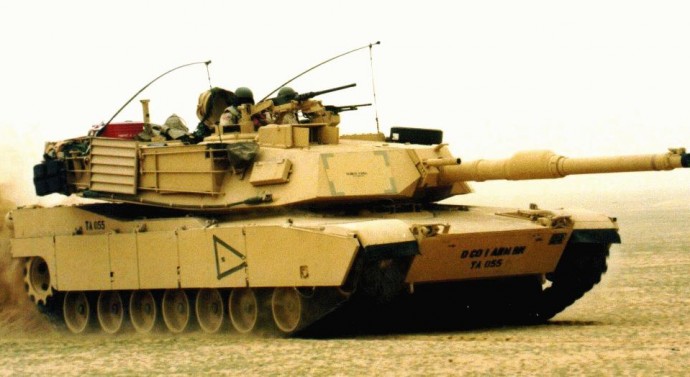 The US State Department has signed off two potential sales to Iraq, one for for M1A1 Abarams tanks and another covering M1151A1 up-armored Humvees.

If approved by Congress, the sales could significantly improve the ground capability of the Iraqi military as it continues to fight against the Islamic State group.

The Abrams request would deliver 175 of the heavy tanks, for an estimated value of $12.4 billion. Those tanks would be in the upgraded configuration featuring a 120mm gun. Also included in that sale would be 15 M88A2 tank recovery vehicles, tens of thousands of rounds of 120mm ammunition, 190 AN/VRC-92 vehicular dual long-range radio systems and 700 M1028 commercial utility cargo vehicles, among other support gear.

In a news release announcing the potential sale, the Defense Security Cooperation Agency (DSCA) noted that the tanks would “facilitate progress towards increasing [Iraq’s] ability to quickly mobilize and defend its border.” The announcement also said the sale would demonstrate “the on-going US commitment to support Iraq’s continued development into a sovereign, stable, and long-term self-reliant strategic partner.”

The second sale would deliver 1,000 Humvees to the Iraqi forces, equipped with M2 .50 caliber machine guns and MK-19 40mm grenade launchers. That sale has an estimated cost of $579 million. The principal contractor for that deal would be AM General in South Bend, Indiana. While the DSCA notice does not say who the primary contractor on the work would be, the Abrams is produced by General Dynamics. The company undoubtedly welcomes the potential sale, especially given the Army’s attempts at cutting procurement for the tank.

As with the Abrams tanks, DSCA says the Humvees would increase the “safety, effectiveness, and self-reliance of the Iraqi Security Forces.”

“This article was originally published in Defense News: http://www.defensenews.com/story/defense/land/vehicles/2014/12/19/iraq-abrams-humvee-sale/20652483/”