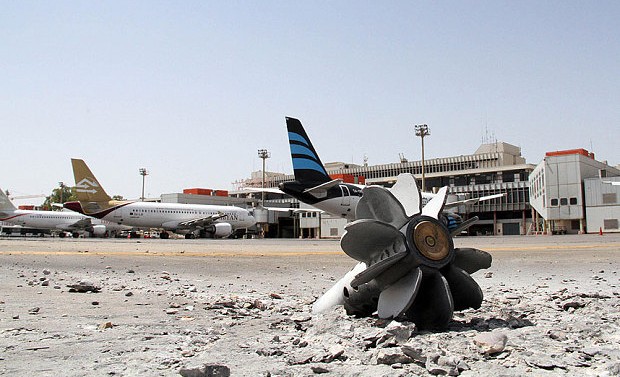 Libya cut off from world by air as last foreign airline suspends flights.

As Libya plunges further into chaos, the last foreign airline operating in country has suspended all flights to and from the country, cutting off the air links of North African country with the world by air.

Turkish Airlines suspended flights to Misrata, its only remaining destination in Libya, as it had earlier pulled its flights to the capital, Tripoli, as well as Benghazi and Sebha, over concerns about worsening security.

“We have suspended our Misrata flights until further notice, due to operational issues,” a Turkish Airlines spokesman said.

Forces loyal to Libya’s internationally-recognised government began airstrikes on militia-held Misrata at the end of December, hitting its school of aviation, just thirty minutes after a Turkish Airlines flight had taken off from the city’s airport.

Airlines suspended flights to Libya in July after fighting broke out in the capital between rival militias at Tripoli’s main international airport.

Three years after the fall of Muammar Gaddafi, Libya has been a country divided and spiralling ever-further into chaos. The nation is mired in a violent power struggle between two rival factions of former rebels who have established competing governments, both claiming legitimacy and control of vast oil resources.