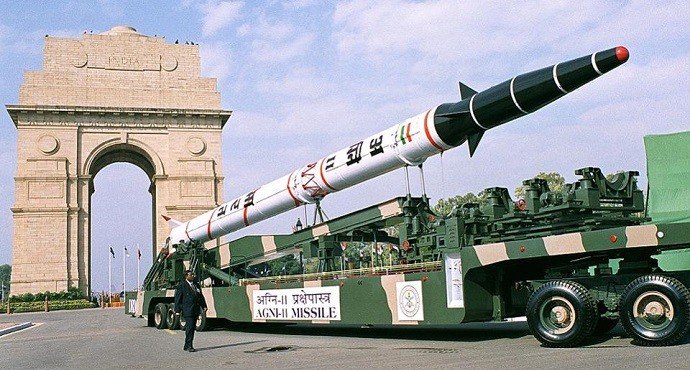 Striving to achieve its hegemony in the region, India has inked new deals to acquire precision-guided bombs from Russia and Barak missiles from Israel.

India will buy 131 Barak surface-to-air missiles from Israel in a US$70 million deal, the Indian Defence Ministry said.

The Barak missiles made by Israel’s Rafael Advanced Defence Systems are to be used aboard India’s first locally built aircraft carrier, the INS Vikrant.

However, the major $500 million Spike anti-tank guided missiles deal between India and Israel’s Rafael weapons manufacturer has been officially canceled, ahead of the visit to New Delhi by Israeli Prime Minister Benjamin Netanyahu.

Rafael confirmed saying: “Rafael received formal notice from the Indian Ministry of Defense that the deal for Spike missiles is canceled.”

In recent times, Israel has become a major defence supplier to India, selling an average of US$1 billion worth of military equipment each year.

India to buy Smart Bombs worth $200 million from Russia