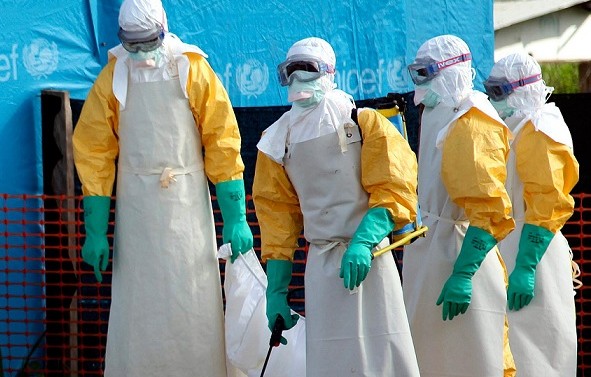 Links between the IMF and the rapid spread of the disease were examined by researchers from Cambridge University’s sociology department, with colleagues from Oxford University and the London School of Hygiene and Tropical Medicine. They found IMF programmes held back the development of effective health systems in Guinea, Liberia and Sierra Leone, the three countries at the epicentre of the outbreak that has killed over 7,370 people.

Reforms advocated by the IMF hampered the ability of the health systems to cope with infectious disease outbreaks and other emergencies, the researchers found. “A major reason why the Ebola outbreak spread so rapidly was the weakness of healthcare systems in the region, and it would be unfortunate if underlying causes were overlooked,” said Cambridge sociologist and lead study author Alexander Kentikelenis.

“Policies advocated by the IMF have contributed to under-funded, insufficiently staffed, and poorly prepared health systems in the countries with Ebola outbreaks.” The researchers examined policies enforced by the IMF before the outbreak, using information from IMF lending programmes from 1990 to 2014, and analysed their effects on Guinea, Liberia and Sierra Leone. Liberian residents of Monrovia’s West Point neighborhood react as they wait for food rations to be handed out as part of the government’s quarantine plan for the area. Aug. 21 2014 (EPA-Ahmed Jallanzo)

“In 2013, just before the Ebola outbreak, the three countries met the IMF’s economic directives, yet all failed to raise their social spending despite pressing health needs,” said Cambridge sociologist and study co-author Lawrence King. The public wage cap meant the countries were unable to hire nurses and doctors and pay them adequately, while decentralised healthcare systems made it hard to mobilise coordinated responses to outbreaks of infectious diseases such as Ebola.

A spokesman for the IMF said that the organisation’s mandate did not specifically include public health and that it was “completely untrue” that the spread of Ebola was a consequence of IMF policies. “Such claims are based on a misunderstanding, and, in some cases, a misrepresentation, of IMF policies,” the spokesman said.

“Since 2009, loans from the IMF to low-income countries have been at zero interest rate, which has freed up resources for countries to spend more on health and education.” The spokesman added that the IMF had provided a US$130 million financial package in September towards Ebola, and that they were working towards offering a package worth a similar amount to Guinea, Liberia and Sierra Leone next year.