Home / Europe / News / US / If Damascus falls, Europe would be next: US senator 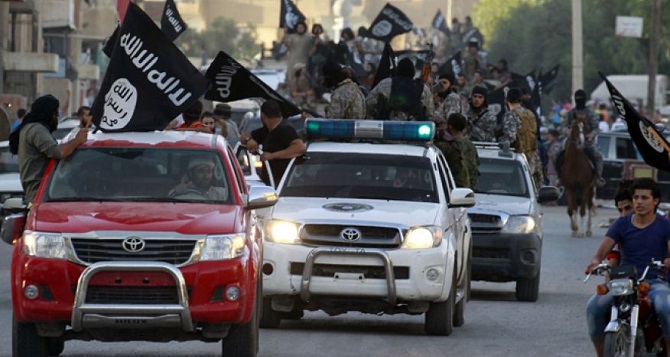 As a new report details the devastation wrought upon Syria by four years of rebellion, a Virginia state senator who once thanked the Syrian government for defending Christians is worried about the fate of Damascus, the Middle East and Europe.

“If Damascus falls, the dreaded black and white flag of ISIS will fly” over Syria, Virginia state Senator Richard Black told RT. “Within a period of months after the fall of Damascus, Jordan will fall and Lebanon will fall,” he said, adding that the self-proclaimed Islamic State would then target Europe next.

Black is no stranger to the Syrian crisis. Last year, he wrote a letter thanking the government in Damascus for a “gallant and effective campaign” to liberate Christian villages on the border with Lebanon. Most Americans are not aware that Christianity started in present-day Syria, he pointed out.

Years of US interventions in the Middle East and elsewhere have resulted in vast numbers of displaced Christians in Syria, Iraq and the Balkans. “If you look at the history of American involvement,” since the first Iraq war, Black told RT, “the one central theme has been that in each instance we’ve purged Christians from various countries.” Christians who lived in Kosovo for over a thousand years “are gone, completely annihilated.”

During the four-day pogrom in Kosovo 11 years ago, more than 4,000 Christian Serbs were driven out of six towns and nine villages. Over 900 houses and 39 churches were also destroyed by ethnic Albanian rioters.

According to a recent report by the Syrian Centre for Policy Research, six percent of the country’s population has been killed or wounded in the fighting in Syria. Life expectancy went from 79.5 years in 2010 to 55.7 years. More than 5 million Syrians became refugees or migrated in search of work, while 40 percent of the remaining 17.65 million are internally displaced. The country has lost over $200 billion through destruction, looting, capital flight and GDP loss; unemployment is officially at 58 percent; and most of those who have jobs work for the government.

The current conflict in Syria began in 2011, when the US-backed opposition began an armed rebellion against President Bashar Assad’s government during the Arab Spring. By 2013, large portions of eastern Syria and western Iraq had fallen under control of militants known as the Islamic State in Iraq and Syria (IS, or ISIS/ISIL). While declaring the need to fight ISIS, Washington has continued to demand the overthrow of Assad in favor of “moderate opposition.”

Black, who served in the US Marine Corps and retired as a Colonel in the Judge Advocate General (JAG) corps before getting elected to the Virginia legislature, maintains that the Assad government is effectively fighting against the Islamic State and protecting the remaining Christians of Syria. Its fall, he says, would let ISIS quickly seize Jordan and Lebanon, and continue its drive westward.

“I look at Syria as the center of gravity… for Western civilization,” Black said, using the military strategists’ term for a place or event that can determine the outcome of a war. “If it falls, we’ll begin to see a very rapid advance of Islam on Europe.”