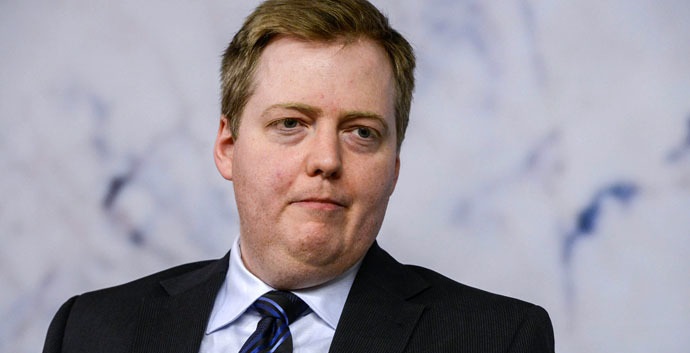 Iceland is planning to formally withdraw its EU application, the country’s prime minister told the national radio station. Reykjavik also wants to lift capitals controls imposed on Iceland by Brussels after a financial crisis hit the country in 2008.

Despite expected public protests, Iceland is going to make a second attempt to withdraw its application to become a member state of the European Union, Prime Minister Sigmundur Davið Gunnlaugsson said in an interview with Icelandic radio station Bylgjan.

“Both due to changes in the European Union and because it’s not in line with the policies of the ruling government to accept everything that the last government was willing to accept. Because of that, we’re back at square one,” he said on Sunday morning.

The EU accession negotiations are “at square one as all the work on it that had been carried out before was in fact obsolete,” Iceland’s mbl.is media outlet quoted the country’s PM as saying.

Iceland applied for EU membership in July 2009, at a time when the global economic crisis was unraveling. By February 2010, the European Commission produced a favorable answer and accession negotiations began in July the same year.

The negotiations came to a stalemate in April 2013, when the election in Iceland was won by the centrist Progress Party, and the conservative Independence Party. When Progress Party’s Gunnlaugsson became prime minister, he froze negotiations with the EU in May 2013, largely because of the fish catch quotas insisted on by Brussels – something Iceland’s fishing industry would never agree to.

Today Iceland, with its population of about 325,000, has EU ‘candidate country’ status and is a member of the European Economic Area (EEA), the European Free Trade Association (EFTA), Schengen area, and is an EU partner promoting cooperation in northern Europe – all this without voting rights in the EU. Two thirds of Iceland’s foreign trade is conducted with EU member states.