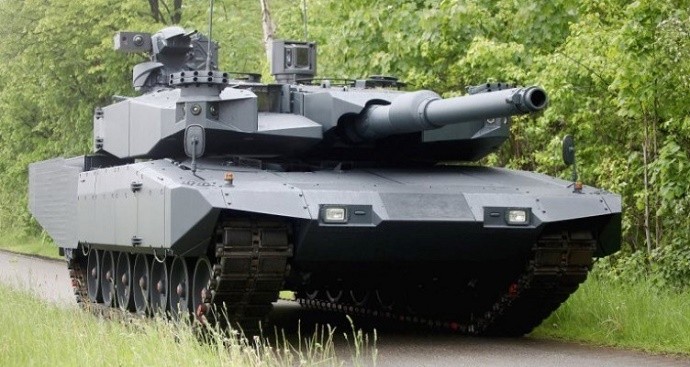 The German Ministry of Defense (MoD) is set to initiate concept studies for a successor to the Leopard 2 main battle tank (MBT) before the end of the year.

The news was announced by German Defense State Secretary Markus Grübel to Parliament, with Grübel adding that the MoD plans to conduct joint capability studies with France for the project. This bilateral element is hoped to provide some tailwind to the proposed merger between Krauss-Maffei Wegmann (KMW) and Nexter to form a new European land-systems powerhouse, prospectively known as KANT [Krauss-Maffei Wegmann And Nexter Together].

Germany and France are considering cooperation on developing a successor to the tank “Leopard 2.” The current model has been in service since 1979, and aging Bundeswehr equipment is currently in stark focus.

“Technologies and concepts will be investigated between 2015 and 2018 in joint studies also involving German industry,” Markus Grübel, a deputy minister in the German Defense Ministry told his parliamentary colleagues. He cited the Leopard 2’s long years of service as the reason that a new battle tank was required. The Leopard 2 successor will include technology from Germany’s Puma infantry fighting vehicle (IFV). According to the MoD, the in-service time of the Leopard 2 ends around 2030.

At this time it remains unclear whether the new tank will be an entirely new design or an innovative update of the current Leopard design. That said, the fact that the German MoD refers in-house to the project as “Leopard 2Ax” is a fairly strong indicator of the lie-of-the-land at the moment.

German lawmakers asked the MoD back in October 2014 to review and re-evaluate the country’s MBT requirements and to plan for an eventual Leopard 2 successor.

Although western European MBT fleets have declined massively since the end of the Cold War, their value has recently been demonstrated by the Ukraine crisis. Indeed, as a consequence of the Ukraine crisis, the German Defense Minister Ursula von der Leyen decided in April to increase the number of active German MBTs from 225 to 328. Comparatively, West Germany used to operate 2,300 Leopard 2s.

The Leopard 2’s 50-year service life is set to expire in 2030. The tank, which came into service in 1979, was conceived as part of a plan for Cold War-era land defense. Germany commissioned more than 2,000 of them at the peak of the arms race of the early 1980s. Currently, however, only about 240 are in active service; but last month, citing the security situation in Ukraine, Defense Minister Ursula von der Leyen annnounced plans to reactivate 100 mothballed Leopard 2 tanks. In November of last year, von der Leyen also announced a move to add more than 100 aditional “Boxer” armored personnel carriers to the Bundeswehr’s ranks.

The plans come at a difficult time for the German military, especially where hardware is concerned. New parliamentary ombudsman to the Bundeswehr, Hans-Peter Bartels, called on parliament earlier not to scrimp on military spending, saying German troops needed “100 percent” of the required gear, not “70 percent.”

The government in Berlin is also currently seeking to reinvent Germany’s international approach to military affairs, gradually moving away from the overwhelmingly pacifist stance adopted in the immediate aftermath of the Second World War. Critics at home argue however, the government should concentrate on solving the Bundeswehr’s equipment problems, before adopting a more active international military footing.