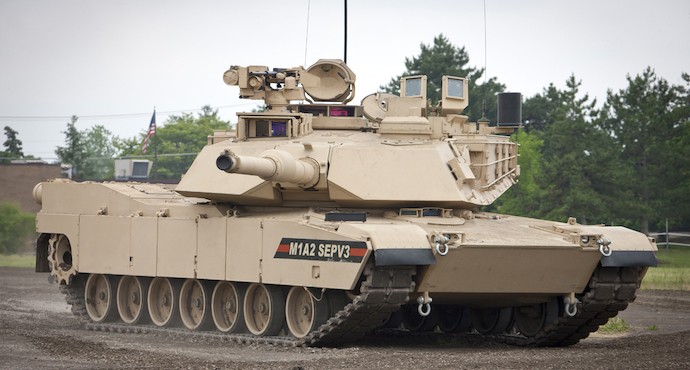 With an estimated completion date of June 17, 2028, the first delivery order is valued at an estimated $406 million.

The Abrams M1A2 SEPV3, described as the most reliable of the Abrams family, is a version of the current SEPV2 production model with significant improvements in the areas of survivability, maintainability, and network capability, General Dynamics said.

The SEPv3 configuration further modernizes the tank that entered service in its first variant four decades ago. It is considered one of the most technologically advanced tank fleet in the world.

“This is the first time we have fielded a new tank in about 16 years,” Lt. Col. Nicholas C. Sinclair, a 3rd Brigade battalion commander, said in a statement in July after his unit received the new tank.

The major new feature is the improved 120mm M256 smoothbore cannon, the Abrams can overmatch against armored vehicles, personnel and even low-flying aircraft.