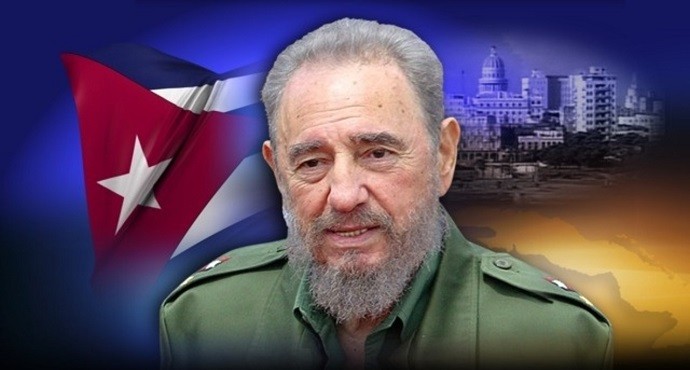 Former Cuban president and revolutionary icon defied 11 American presidents – and managed to live to talk about it.

Fidel Castro, a titan of the Cold War who defied the power of 11 American presidents and pushed Cuba onto the world stage, is dead at age 90.

His death was announced by Cuban state television.

The bearded Fidel Castro took power in a 1959 revolution and ruled Cuba for 49 years with a mix of charisma and iron will, creating a one-party state and becoming a central figure in the Cold War. His supporters in Havana described him as a tireless defender of the poor.

Fidel Castro, who towered over his Caribbean island for nearly five decades, held a unique place among the world’s leaders of the past century.

Castro was “a giant of the Third World”, said Agustin Diaz Cartaya, 85, who joined Castro in the 1953 attack in eastern Cuba that launched the revolution. “No one has done more for the Third World than Fidel Castro.”

His supporters in Havana described him as a tireless defender of the poor.

“Fidel is the father of all Cubans,” said Euxiquio Del Toro, 57, a farmer in Granma province.

His “struggle for good and equality for all” makes him “one of the great ones. Fidel is like a myth. He’s like Che,” said Del Toro, referring to the late Argentinean revolutionary Ernesto “Che” Guevara.

The cigar-smoking, bearded Cuban leader’s influence lasted over the terms of 11 U.S. presidents. At the end of 2014, President Barack Obama moved to normalize relations between the two countries, at last giving Cubans a chance to participate economically with the U.S.

Castro’s speeches, lasting up to six hours, became the soundtrack of Cuban life and his 269-minute speech to the U.N. General Assembly in 1960 set the world body’s record for length that still stood more than five decades later.

Fidel Castro was one of the most symbolic world leaders of the 20th century. Alongside Che Guevara he swept to power in a revolution in 1959, ousting the pro-US regime. He was demonized by the United States and its allies but admired by many leftists around the world, especially socialist revolutionaries in Latin America and Africa.

Transforming Cuba from a playground for rich Americans into a symbol of resistance to Washington, Castro outlasted nine U.S. presidents in power.

Mr Castro is said to have survived 634 attempts or plots to assassinate him — mainly masterminded by the Central Intelligence Agency and US-based exile organizations.

They may have included poison pills, a toxic cigar, exploding molluscs, and a chemically tainted diving suit.

He warded off a CIA-backed invasion at the Bay of Pigs in 1961 as well as countless assassination attempts.

His alliance with Moscow helped trigger the Cuban Missile Crisis in 1962, a 13-day showdown with the United States that brought the world the closest it has been to nuclear war. Castro speaks in Havana in 1981 of Cuba’s victory in the Bay of Pigs invasion. Photo: AP

Background: Fidel Castro Ruz was born into a moderately affluent family, owners of a sugar-cane plantation in Cuba’s eastern Oriente province. His father, Angel Castro, was a self-made immigrant from Spain and his mother, Lina Ruz, had been the family cook.

Castro, one of eight children, went to Catholic elementary school and graduated from Belen, a prep school in Havana run by Jesuit priests. He excelled in both academics and sports and was voted Belen’s best athlete in 1944. His preferred sport: the thoroughly American game of baseball. He’s said to have dreamed once of becoming a major league player in the USA.

Politics: He first tried to overthrow General Batista in 1953, was imprisoned, exiled to Mexico, and then returned in 1956. He succeeded on January 1, 1959 and has dominated Cuba ever since – surviving 638 documented attempts by the CIA to kill him, and living through ten US presidencies. Resigning due to ill health in February 2008, Castro handed over to his brother Raul and is now rarely seen in public.

His supporters say: Castro stood up to the United States, which had exploited the largest island in the Caribbean ever since it won independence from Spain in 1898. A fiery champion of the people, he ended years of corrupt rule, swept away capitalism and won support for bringing education, health and housing to the poor.

His enemies say: His critics and enemies, concentrated among Cuban exiles in Miami who fled his rule and saw him as a ruthless tyrant. They say Castro has turned Cuba into the world’s largest open air prison, with all forms of dissent stifled and travel, business and freedom of thought forbidden.