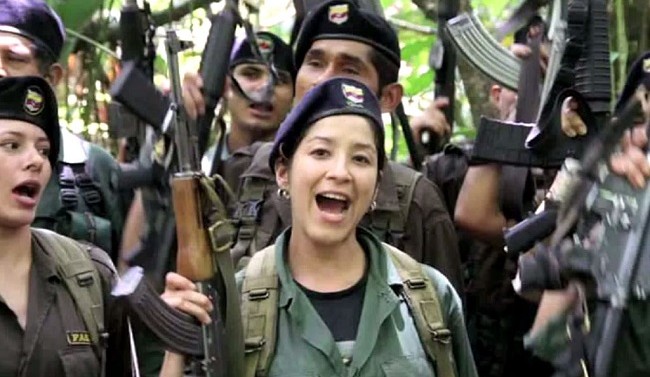 The FARC rebel group says it has killed eight army soldiers in a “defensive response” to the recent attacks carried out by the Colombian army.

“As a result of the defensive response, we lament that eight military personnel lost their lives, unnecessarily,” read the statement issued by the guerrilla group on Wednesday, adding, “These are all casualties that could have been avoided if the government had been less small-minded.”

According to the statement, the FARC forces killed the soldiers in retaliation for the Colombian army’s mortar attacks on rebels’ positions in the central province of Meta earlier this week.

The rebel group called on the government to put an end to its “senseless” offensives, “because they could provoke the end of the unilateral ceasefire and disturb the climate of confidence that should prevail at the negotiating table.”

Back on December 20, 2014, the FARC declared a unilateral ceasefire in an alleged attempt to boost the peace talks that have been held in Cuba since two years ago. However, Colombian President Juan Manuel Santos rejected the move, saying the guerrillas’ condition for an international verification of the ceasefire cannot be accepted.

Earlier in the month, the Colombian government and the FARC resumed the latest round of peace talks, suspended in November 2014, over the abduction of an army general.

The peace talks were launched in the Cuban capital of Havana in 2012, aimed at ending a half-a-century-old conflict between the rebels and the US-backed government. Bogota estimates that 600,000 people have been killed and more than 4.5 million displaced due to the fighting.

The Revolutionary Armed Forces of Colombia (FARC) is Latin America’s oldest insurgent group and has been fighting the Colombian government since 1964.