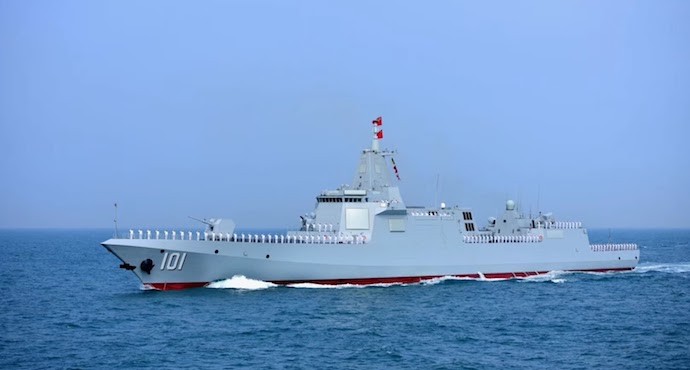 The Chinese Navy has commissioned its most powerful and advanced surface warship, Nanchang, in the port city of Qingdao.

The 180-meter-long, 20-meter-wide Type 055 with a displacement of more than 10,000 tons has been referred to by the Pentagon not as a destroyer, but as a cruiser.

Defense observers believe the commissioning of China’s first fourth-generation destroyer is a step forward for Beijing that seeks to operate farther from its shores into the western Pacific.

The Nanchang was launched in June 2017 and made its public debut in a naval parade to mark the 70th anniversary of the PLA Navy last year.

It is considered as one of the world’s most advanced ships of its type – behind only the US Navy’s stealth warship Zumwalt class.