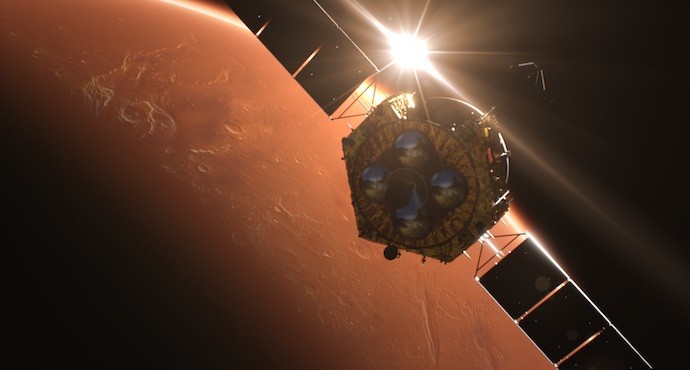 Chinese Tianwen 1 mission has entered orbit around the Red Planet

China’s successful Mars mission comes a day after the United Arab Emirates’ (UAE) Hope orbiter reached the Mars orbit and precedes the landing of NASA’s Perseverance rover by a week.

Tianwen 1, which means “quest for heavenly truth,” consists of an orbiter, a lander and a six-wheeled rover carrying scientific instruments, according to the China National Space Administration (CNSA).

“Exploring the vast universe is the common dream of all mankind. We will cooperate sincerely and go hand in hand with countries all over the world to make mankind’s exploration of space go further,” Zhang Kejian, CNSA director said.

The mission’s ultimate goal is to soft-land a rover in May on the southern part of Mars’ Utopia Planitia where a large deposit of water ice lies beneath the planet’s surface to conduct scientific surveys. If successful, China will become the second country, after the US, to land and operate a rover on the Martian surface.

Tianwen 1 has flown for 197 days and more than 465 million kilometers on its journey to the planet. It was launched by a Long March 5 heavy-lift carrier rocket on July 2020 from the Wenchang Space Launch Center in Hainan.

China plans to conduct more than 40 orbital launches in 2021, including human spaceflight missions and to build the country’s first space station. 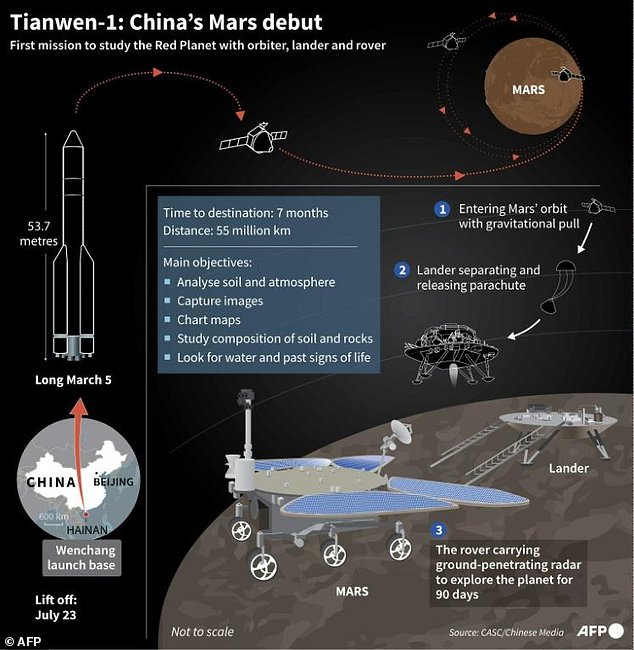