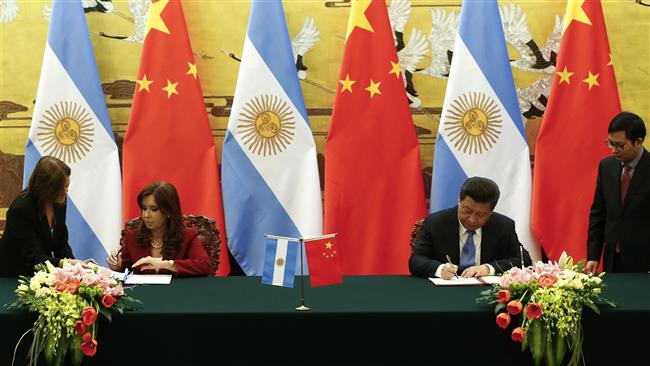 China has agreed to build two nuclear power plants in Argentina in a bid to strengthen its economic ties with the Latin American country.

Xi also expressed Beijing’s readiness to help Argentina improve its infrastructure such as railways and dams.

“Both sides are committed to strengthening our cooperation in various fields, especially our cooperation on basic infrastructure development… and in promoting the sound and stable development of bilateral trade,” the Chinese president said.
Kirchner, for her part, welcomed China’s decision to transfer nuclear technology to Argentina as a “gateway for the deepening of this strategic relationship.”

China has invested largely in several African and Latin American countries in a bid to boost its ties with different countries across the world.

Beijing says it aims to invest some USD 250 billion in Latin America over the next five years.

Two months ago, the International Monetary Fund said China has overtaken the US as the world’s largest economy, predicting that China’s economy will be 20 percent larger than that of the US by 2019.