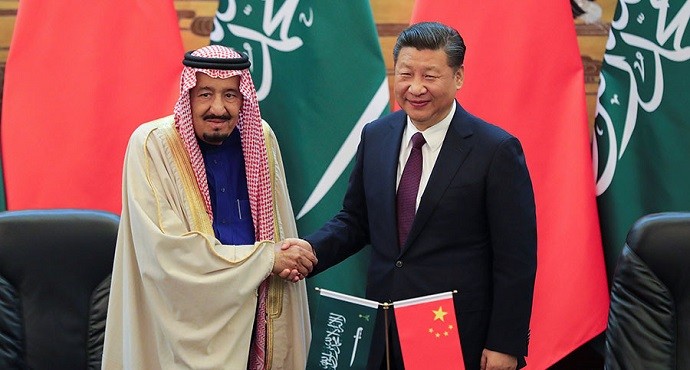 The two leaders oversaw the signing of up to $65 billion worth of economic and trade deals spanning sectors from energy to space, according to Chinese Deputy Foreign Minister Zhang Ming.

Saudi Arabia and China also deepened their energy relationship with more than 20 agreements on oil investments and in renewable energy.

Saudi Arabia’s King Salman is on a month-long tour of Asia as Riyadh struggles with a slumping oil market and a desperate need to diversify its economy.

Energy cooperation remains the foundation of relations between Saudi Arabia, the world’s top exporter of crude oil, and China, the world’s biggest importer, notes Naser Al-Tamimi in his article published in Arab News.

“Saudi Arabia is willing to work hard with China to promote global and regional peace, security and prosperity,” Salman said. He added he hoped China would increase its role in Middle East affairs.

China however has tried to maintain friendly ties with all sides despite conflicting geopolitical interests. “Instead of looking for a proxy in the Middle East, we promote peace talks,” Xi said. “Instead of attempting to fill the vacuum, we build a cooperative partnership network for win-win outcomes.”