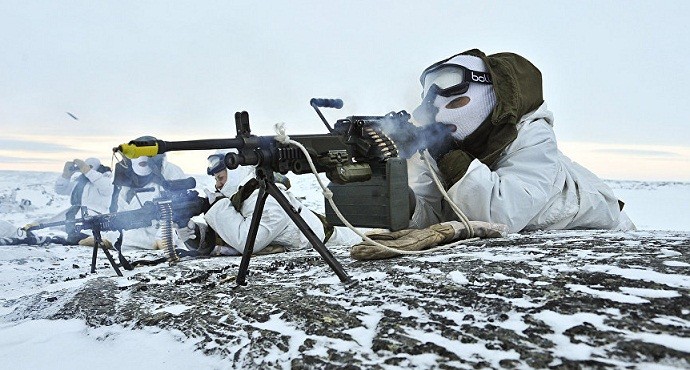 The Canadian Defense ministry plans to expand its logistics in the Arctic to set the stage for bigger presence and further expansion into the far north – the Arctic.

According to Defense News, the Canadian Forces wants to expand its Arctic Training Center, opened in 2013, in Resolute Bay, Nunavut, as part of the improved logistics structure. The facility, which can house and support 120 soldiers, has been used only in the winter months.

Canadian officers say the improved logistics structure is required if the military is to meet the Canadian government’s objectives in the far north.

“We need to build (on) what we’ve got right now in terms of capacity,” said Canadian Army Lt.-Col. Luc St-Denis, who co-ordinates training at the center and who oversaw its initial development. “January to April is a small season. There is potential for more than that, especially in the springtime and summertime.”

The center could be expanded so more equipment is able to be pre-positioned, St-Denis said. That would cut down on costs of airlifting supplies or chartering aircraft, he added.

In 2013,  the Canadian Army determined that conducting operations in the Arctic was five to seven times more expensive than those in southern Canada. In 2012, then-defense chief Gen. Walter Natynczyk acknowledged that supporting missions in the far north was tougher than in war zones such as Afghanistan.

The Arctic contains a wealth of petroleum and mineral resources. Currently, the region produces about one-tenth of the world’s oil and a quarter of its natural gas

Canadian Forces are also establishing Northern Operations Hubs (NOHs) which will allow initial rapid deployment and up to 30 days of sustained operations in the Arctic.

The locations of the primary NOHs are Iqaluit and Resolute Bay, both in Nunavut, as well as Yellowknife and Inuvik, both in the Northwest Territories, the Canadian Forces said. Alternate hubs will be in Rankin Inlet, Whitehorse, Cambridge Bay and Hall Beach.

The planned NOHs are, by design, pre-negotiated arrangements to facilitate the movement of people, materiel, equipment and supplies. “The CAF (Canadian Armed Forces) is still planning to establish all the NOH by 2018,” said Capt. Thomas Edelson, spokesman for the Canadian Joint Operations Command Headquarters.

Arctic’s rich oil and gas reserves attract world powers that have extending claims in the region. Alongside Canada, the US, Russia, Denmark and Norway all have Arctic ambitions.

Since 2006, the Canadian government has affirmed its intention to significantly boost the military presence in the Arctic so that the region’s rich deposits of oil, gas and minerals are more accessible an can contribute to country’s economic growth.

Canada’s Conservative government approved construction of a fleet of new Arctic Offshore Patrol Ships and a Polar-class icebreaker which have not been built yet. But the construction of Canada’s first Arctic patrol ship is underway which is expected to be completed in 2018.

The ship is the first of up to 21 vessels that will renew Canada’s combatant fleet over the next 30 years. The vessels will provide armed sea-borne surveillance of Canada’s waters, including the Arctic, providing situational information of activities in the region.

The Liberal Party of Canada, elected in October, has signaled it is equally committed to ramping up operations in the Arctic as the previous government. But to do so, Canda will require extensive logistics support, a daunting task as Canada’s sparsely populated northern region consists of more than 1.5 million square miles and is larger in size than India.