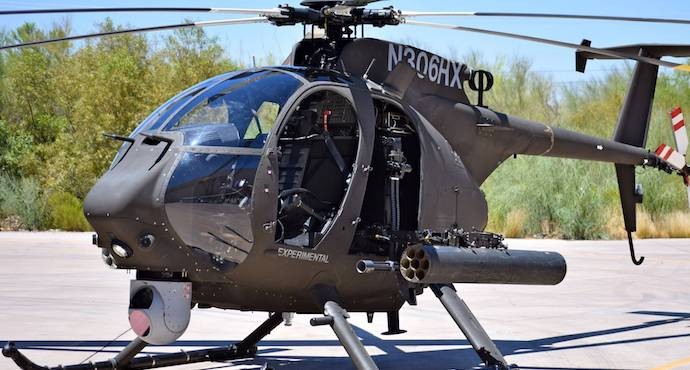 Boeing has been awarded a $10.7 million contract to retrofit AH-6i helicopters destined for Saudi Arabia, the Department of Defense has announced.

The work will run through March 2022. The contract was issued by the US Army Contracting Command, Redstone Arsenal, Alabama.

The AH-6i is a light attack/reconnaissance variant of the AH-6M Little Bird operated by US Army special forces.