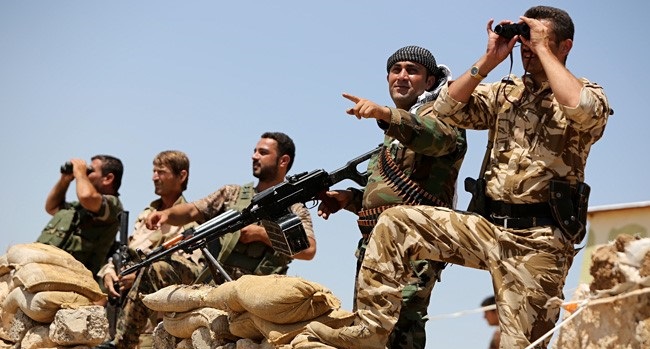 The Kurdish elements within Baloch community in Afghanistan with the blessing of Indian intelligence are seeking delivery of latest weapons while the Kurdish terrorists in Syria are seeking the support of Kurd-Baloch elements to act against Turkish forces inthe region.

There are fears that the newly established links and possible plans to transfer heavy weapons with covert support from foreign agencies may strengthen the Kurdish group within the Baloch insurgents in Afghanistan.

The Balochistan Liberation Army/Front have established contacts with Kurdish terrorist network in Syria for delivery of sophisticated weapons and in exchange for such cooperation, the Kurdish elements in Afghanistan may be activated to target Pakistan and Turkish forces in Afghanistan. By doing so the terrorists can achieve two objectives: hitting the Turks and putting the blame on Afghan Taliban and increase further pressures on Pakistan.

According to inside reports the the Kurdistan Workers’ Party or Karkere Partie Kurdistan has received 9K111 Fagot anti-tank missile systems from U.S.

In addition to it the Kurdish terrorists have also received dozens of TOW missiles, 7.62-millimeter machine guns and RPG-7 rocket launchers.

The terrorists have also received Konkurs 9K113 anti-tank guided missiles. 9K113M Konkurs-M has a tandem HEAT warhead and penetrates between 750 to 800 mm of armor behind ERA. The improved 9M113M missiles can be launched using the launcher unit of the Konkurs. The Kurdish terrorists have also received the deliveries of Swedish anti-AT-4 as well as French-German Milan missiles.

One unconfirmed report also says that Syrian Revolutionary Front leader Jamal Maroof is said to be acting as the go-between KKP and ISIS men to link up with Kurds in Balochistan and Afghanistan.
The new connection may threaten the lives of Pakistanis and Turkish soldiers in Afghanistan with support from some foreign agencies.