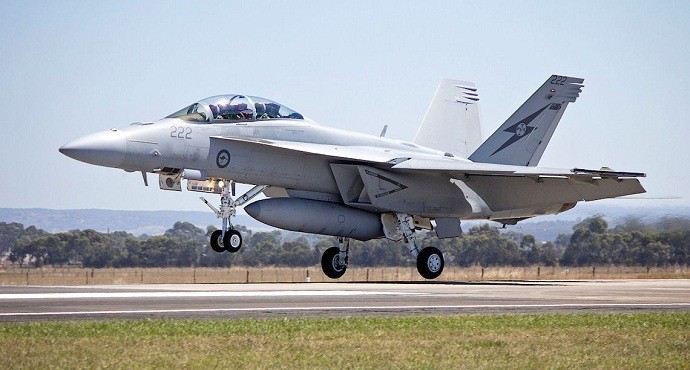 Australian military forces will now have more powers to conduct deadly strikes in their campaign against ISIS in the Middle East.

Australia will begin broadening its bombing campaign against Islamic State (ISIS) to include logistical targets that will help cripple the militant group, officials said on Thursday.

“Australian Defence Force now has the full authority needed to target all members of Daesh, in accordance with international law. This ensures we can continue to meet the evolving national security threat of this decade and well beyond” according to Australia’s Department of Defence.

The Australian government will intensify the attacks on Daesh. “This will ensure that our efforts in Syria and Iraq are resolute and effective, and our forces are fully empowered to roll back Daesh,” Mr Turnbull said.

Australian Prime Minister said that these legal changes will permit Australian air power over Iraq and Syria “to target Daesh at its core, joining with our coalition partners to target and kill a broader range of Daesh combatants, which is consistent with international law.”

Australia’s Air Chief Marshal Mark Binskin explained that Australian laws had to be updated to allow the country’s jet fighters to broaden the targets they can hit since presently they can “only target those Daesh (ISIS) forces that are taking a direct and active part in the hostilities.”

This is because Australia’s domestic laws are tied to international law and need to be amended due to concerns that Australian military personnel deployed in the Middle East might be persecuted for their conduct in this war if their host countries “take a narrow interpretation of Australia’s obligations under international law.”

Australia’s opposition leader, Bill Shorten, informed that currently Australia is “able to target the vehicles (of Daesh) and the positions, able to go after those Mad Max style vehicles which the terrorists use in Iraq. Of course we have been able to target infrastructure and headquarter positions”.

Australia currently has 780 of its defense personnel in the Middle East supporting the US-led anti-ISIS campaign. In Iraq they have 400 personnel who make up the Air Task Group which are flying six F/A-18 Hornet jet fighter-bombers on bombing runs against ISIS targets in both Iraq and Syria.

Australia joined the US-backed coalition against Islamic State in September 2014, and has steadily increased its military participation against the group that has repeatedly called for attacks against the United States and other Western countries.

Read: Australia’s contribution in coalition fight against ISIS in Syria and Iraq