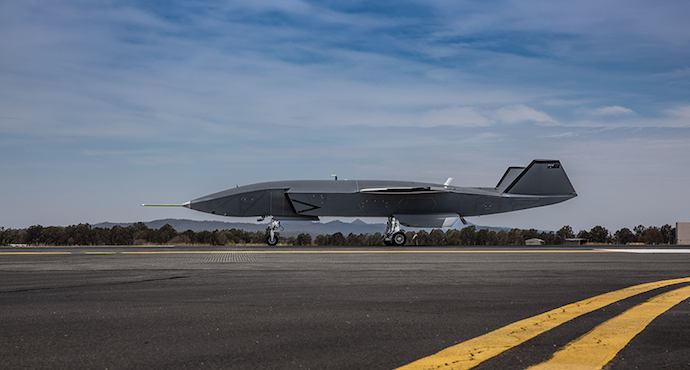 It is the first military combat aircraft to be designed, engineered and manufactured in Australia in more than 50 years

The deal was signed after the successful flight of the Loyal Wingman uncrewed aircraft. The first Loyal Wingman, which Boeing calls the Airpower Teaming System (ATS), took flight from Woomera Range Complex in South Australia on February 27.

“The Loyal Wingman project is a pathfinder for the integration of autonomous systems and artificial intelligence (AI) to create smart human-machine teams,” she said. “Through this project we are learning how to integrate these new capabilities to complement and extend air combat and other missions.”

Loyal Wingman is the “first military combat aircraft to be designed, engineered and manufactured in Australia in more than 50 years,” according to Boeing. More than 35 Australian companies, including BAE Systems Australia, RUAG Australia, AME Systems and Ferra Engineering, are involved in the production of the aircraft.

“The Loyal Wingman’s first flight is a major step in this long-term, significant project for the Air Force and Boeing Australia, and we’re thrilled to be a part of the successful test,” Cath Roberts said.