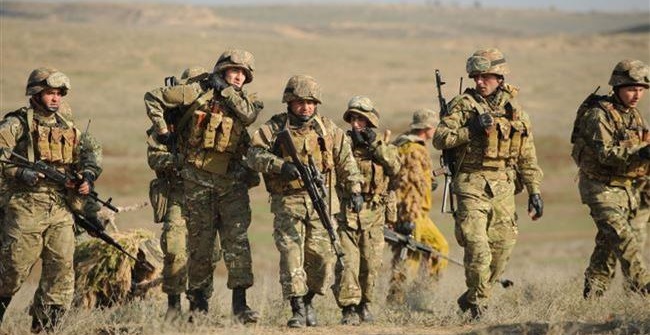 At least three people have been killed in clashes between Azeri and Armenian forces in the disputed Nagorno-Karabakh region.

The Armenian Defense Ministry spokesman, Artsrun Hovannisian, said on Friday that an Armenian was killed during Azeri forces’ shelling of villages along the Karabakh border.

The second victim, a 25-year-old Armenian soldier, was killed by the Azerbaijani fire in a separate incident along the Karabakh front line, the Armenian Defense Ministry said in a statement.

Separately, an Azerbaijani soldier lost his life in a shootout with Armenian forces on Thursday.

Multiple confrontations between Baku and Yerevan over the disputed mountainous region of Nagorno-Karabakh left tens of troops dead from both sides last year.

The two ex-Soviet Caucasus nations claim the territory of Nagorno-Karabakh, which is located in Azerbaijan but largely populated by Armenians.

Ethnic Armenian forces took control of the enclave, which accounts for 16 percent of Azerbaijan territory, in the early 1990s during a six-year war that took place from February 1988 to May 1994. The conflict left an estimated 30,000 people dead and one million displaced before the two sides agreed to a ceasefire in 1994. A permanent peace accord has never been inked and the dispute still remains unsettled.

Azerbaijan has threatened to take back the region by force if negotiations between the two sides fail to yield results.