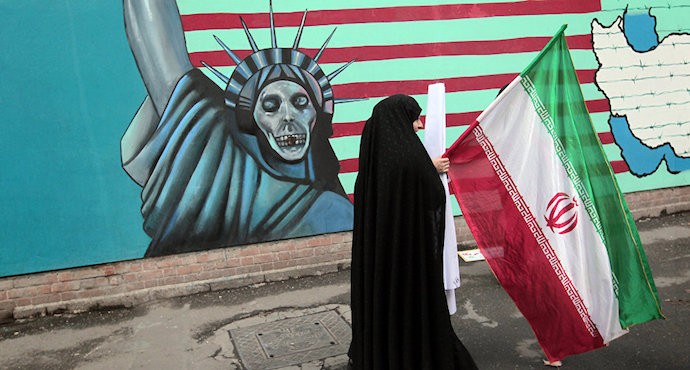 The Trump administration on Monday renewed sanctions against hundreds of entities throughout Iran’s energy and economic sector which were lifted under the 2015 nuclear deal in a bid to pressure Iran.

The sanctions were first implemented during the Obama administration. The renewed penalties fulfills President Donald Trump’s vow six months ago to ratchet up pressure on Iran, saying it will lift the sanctions only after Iran’s leadership in Tehran accepts its list of 12 demands. U.S. Treasury and State departments essentially blacklisted more than 700 Iranian firms and individuals.

“The Iranian regime has a choice. It can either do a 180-degree turn from its outlaw course of action and act like a normal country or it can see its economy crumble,” Secretary of State Mike Pompeo said at a press conference.

The U.S. has reimposed tough sanctions on #Iran’s regime as part of our relentless pressure campaign to convince the regime to change its destructive behavior. Iran’s regime has a choice: change its behavior and act like a normal country or watch the escalating pressure continue. pic.twitter.com/Yg0e8ovDPs

What are the latest US sanctions on Iran?

Following are the sanctions imposed by US Iran on Monday 5 November:

Which countries are exempted to continue importing Iran oil?

In 2015, Iran agreed on a long-term deal with the P5+1 group of world powers – the US, UK, France, China, Russia and Germany which offered Tehran billions of dollars in sanctions relief in exchange for agreeing to curb its nuclear program.

The deal was widely hailed as it came after years of tension over Iran’s alleged efforts to develop a nuclear weapon. Iran insisted that its nuclear programme was entirely peaceful, but the international community did not believe that.

Iran defiant in the face of latest US sanctions

Iran’s President Hassan Rouhani has vowed to “break” sanctions re-imposed by the US, resisted the Trump administration pressure move to isolate the country economically.

“We will proudly break the sanctions,” Hassan Rouhani said during a meeting of government officials in the Iranian capital.

“We are in a situation of economic war, confronting a bullying power. I don’t think that in the history of America, someone has entered the White House who is so against law and international conventions,” he added.