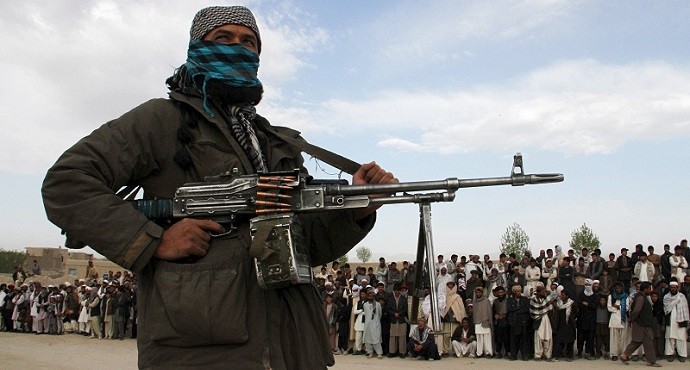 Recent reports suggest that Afghan Taliban are coming under one command of Mullah Muhammad Akhtar Mansoor.

The Afghan Taliban have taken a big initiative to re-unite under the command of Mullah Muhammad Akhtar Mansoor, recent reports suggest.

The two relatives of the former leader of the Afghan Taliban, Mullah Omar, have been given senior posts under the command of Mullah Muhammad Akhtar Mansoor.

TMhe Supreme Leader of Afghan Taliban have given the highest strategic position to the son and brother of late Taliban leader Mullah Omar.

Mullah Omar’s brother has accepted a key position and has agreed to work under one Command and Control system.

According to reports Omar’s elder son, Mullah Mohammad Yaqoob, was given a senior military position and will now be in-charge of the group’s “military commission” in 15 of Afghanistan’s 34 provinces, said a statement from the Taliban. He was also been included the “Rehbari Shura”, the Taliban’s top decision-making council.

Mullah Abdul Manan, Omar’s brother and Yaqoob’s uncle, was included in the Taliban’s leadership council, according to the statement.

Yaqoob and Manan formally assumed their offices at a meeting of Taliban leaders, members of the leadership council and senior commanders, it added.

The military commission is responsible for overseeing all military affairs of the Taliban and is led by Mullah Ibrahim Sadr.

Mullah Akhtar Mansoor was named the head of the Afghan Taliban after the group admitted last year that Mullah Omar had died in 2013. Yaqoob had refused to accept the leadership of Mansoor.

Earlier, Yaqoob and Manan were unwilling to accept top positions in the group when Mansoor’s fighters launched operations against those who refused to pledge their allegiance to Omar’s successor.

However, a Taliban statement on April 5, 2016 confirmed that Yaqoob, Mullah Omar’s eldest son, was appointed as the head of the group’s military commission. Yaqoob and his uncle, Abdul Manan, were appointed to the Taliban’s leadership council.

The unity among mainstream Taliban group came at a time when Taliban are preparing for a major Operation in Afghanistan against Government troops and police.

Another prominent figure in the militant group, Abdul Qayum Zakir, who had earlier opposed the new leadership, last month pledged his allegiance to Mansoor. Zakir had earlier held the post of military commissioner but  was dismissed in 2014 over differences with Mansoor.