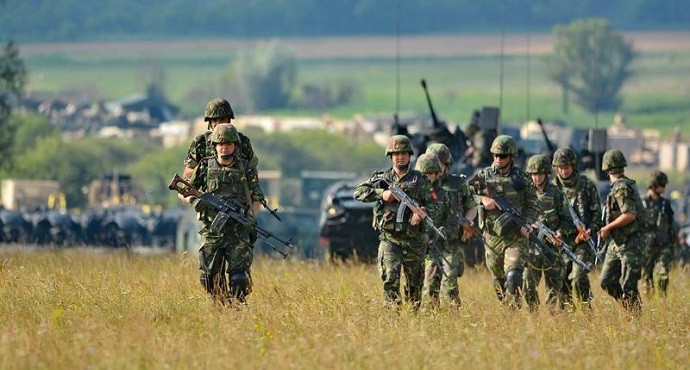 The US-led multinational exercise, Saber Guardian 2017, is co-hosted by Romania, Bulgaria and Hungary. It is taking place from 11-20 July.

This year’s largest exercise in the Black Sea Region with over 20 NATO and partner countries participating.

A battle featuring 5,000 NATO troops at the Cincu training range in Romania saw U.S. Apache and Romanian helicopters coordinate with artillery on the ground, U.S. Abrams tanks, and 650 vehicles in support of a large infantry movement to halt the advance. General Petr Pavel, Chairman of the NATO Military Committee meeting with troops of the US Patriot Deployment during exercise Saber Guardian 17

The exercises, led by U.S. Army Europe, began this week in Eastern Europe involving 25,000 military personnel from more than 20 allied and partner countries.

The U.S. is seeking to reassure NATO’s European allies concerned about Russia since it annexed Crimea in 2014.

The exercises run until July 20.