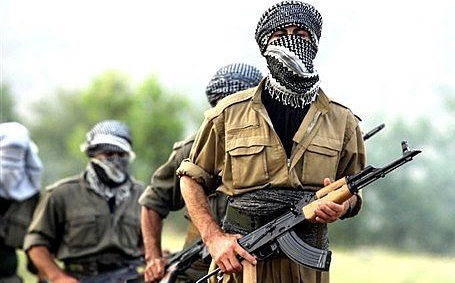 According to a local governor’s office, the deadly skirmishes occurred in the town of Cizre on Saturday and also left three people injured.

The town has seen an escalation in tensions since Friday night, when the Huda-Par militant group assaulted tents belonging to the PKK, a security source said. The unnamed source added that clashes in Cizre are continuing sporadically.

Huda-Par has long been antagonistic toward the PKK, which has been fighting for an autonomous Kurdish region in southeastern Turkey since the 1980s.

Violent street fights occurred between the Huda Par group and the PKK in southeast Turkey in October, when the ISIL terror group was battling Kurdish forces in the mainly Kurdish town of Kobani in Syria.

The Turkish government has not intervened militarily against ISIS terrorists, in a move which has angered the country’s Kurdish residents.

Turkey launched a peace process with the PKK in 2012 to end the Kurdish struggle for independence. The PKK declared a ceasefire with Turkey last March after its jailed leader, Abdullah Ocalan, ordered an end to the armed campaign for autonomy.

It is feared that negotiations between Ankara and the PKK for a peaceful resolution would be derailed due to the standoff over Kobani.