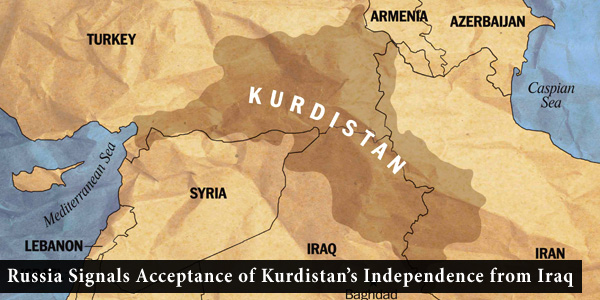 Almost everyone in Iraq has witnessed devastating wars throughout their lifetime. But it was this summer that Iraqis could declare a major victory for the first time in a battle that also heralded a stable future for the nation torn by sectarian discord and terrorist attacks.

But as Iraqi Prime Minister Haider al-Abadi declared the full liberation of the country’s second largest city, Mosul, from the Islamic State, Kurds — just 80 miles to the east — went full ahead with preparations to secede from Iraq.

While Iraq is preparing for the next phase of the counter-terrorist campaign, the country’s only autonomous region, Kurdistan, whose Peshmerga forces are actively participating in the fight against ISIS, is moving toward a new phase in its own history.

In June, the Kurdistan Regional Government (KRG) set the date for an independence referendum. On September 25, the entire region, including provinces of Kirkuk, Saladin, Nineveh and Diyala, will vote to decide the way forward.

It is a referendum that many believe is necessary to grant full freedom for Kurds, who regard themselves as the largest ethnic population without a state. But many nations, including allies of Iraqi Kurds such as Turkey and the U.S., are uneasy of regional repercussions.

The U.S.-led coalition fighting ISIS has expressed concerns about possible implications of Kurdistan’s independence and correlated tensions with Baghdad.

“I do think it will have some kind of impact and apply additional friction to the [counter-ISIS] campaign,” coalition Commander Lt. Gen. Steven Townsend told reporters on July 11, 2017.

While some countries are trying to avoid making comments on Kurdistan’s future, others are planning for the greater freedom or eventual independence of the region.

In the beginning of June, Russia’s largest oil company, Rosneft, signed a series of deals with the KRG that secure cooperation on hydrocarbons exploration for the next couple of decades.

“We get access to a large oil pipeline from Kurdistan to Turkey [with this deal]. This is a long-term contract for 20 years,” Rosneft’s Press Secretary Mikhail Leontyev said.

He described the agreement as a strategic investment, noting that “Kurdistan is one of the most actively developing regions.”

Brendan O’Leary, Lauder Professor of Political Science at the University of Pennsylvania, told The Globe Post that the deal was likely primarily an economic decision.

“The KRG wants its oil sold on the international market to pay for its public services and salaries, to fund the Peshmerga in its war against ISIS, to support humanitarian relief, which is a major burden on its resources, and to mitigate as much as possible the crisis that has flowed from Iraq’s budgetary boycott and its continuing unconstitutional violation of the rights of the Kurdistan region,” he said. 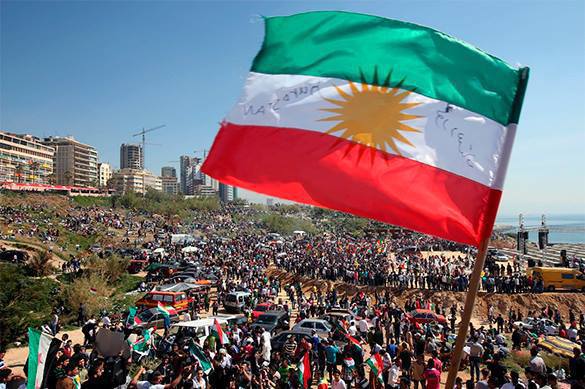 In December, Kurdistan Region President Masoud Barzani stated that Baghdad hadn’t fulfilled its financial commitments to the KRG since 2005. Low oil prices have had a major impact on the region’s economy. At one point, cash-strapped Erbil was forced to announce that it would pay only partial salaries to government employees due to an economic crisis.

The Kurdish authorities will benefit not only financially from the deal with the Russian oil giant. The agreement fits with geopolitical interests of both, the KRG and Moscow.

“The deal started as a practical oil-trading deal: Rosneft quickly needed cheap oil for its Bavarian refineries and KRG needed a big super-major to buy its oil directly, to encourage other buyers and decrease the political discount on KRG oil,” Michael Knights, a Boston-based Lafer fellow of The Washington Institute, told The Globe Post.

He added that the agreement could potentially expand into an even broader arrangement, and bring Rosneft into the KRG’s under-developed gas sector.

“This will strengthen Russia’s grip over Turkish and European gas supplies, so it is a major geopolitical play,” Mr. Knights said.

At the same time, the deal that requires business planning for decades ahead indicates that the Russian government is ready to work with an independent Kurdistan entity. Moscow has likely accepted the reality of Kurdish dominance in the north of Iraq.

“Moscow is clearly not too concerned about any negative reaction that this might cause in Ankara, Tehran, or Baghdad. Turkey and Iran, of course, also have a lot of economic interaction with the KRG even though they worry about Kurdish nationalism in Syria, Turkey, and Iran,” Mark Katz, Professor of Government and Politics at George Mason University, told The Globe Post.

Mr. Katz highlighted that the deal with Rosneft may have given certain leverage to the KRG over Russia as well.

“For Moscow to benefit from the deal, the KRG must remain viable. The more Russia and other countries do business with the KRG, the more likely that a Kurdish entity in northern Iraq becomes viable-whether it is recognized as independent or not,” he said.

In June, President Barzani said there was no turning back from the decision on holding the independence referendum. In the past months and weeks, representatives of the KRG have been touring the United States and Europe to communicate plans for the region’s future.

The Russian leadership may believe that at some point, the Iraqi Kurdistan will either be an independent country or, at the very least, will enter into a very loose federal system with Iraq’s central government, Muhammad Sahimi, NIOC Chair in petroleum engineering at the University of Southern California (USC) in Los Angeles, told The Globe Post.

“Thus, the Russian leadership feels that, either way, Russia must have a significant presence there, given that the KRG already has close relations with Israel and the United States, and Turkey has also been a major player and in fact has benefitted from its own oil deal with the KRG,” he said.

This article has previously appeared on The Globe Post