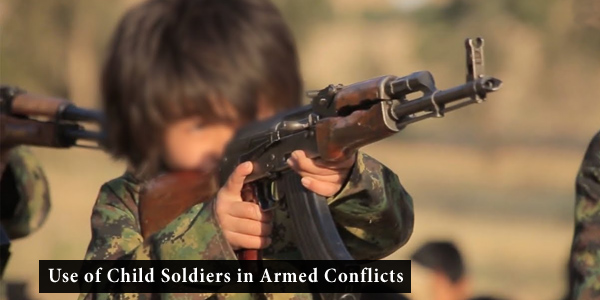 Nobody can tell the exact number of child soldiers involved in the ongoing wars in Iraq and Syria, but one tendency is clear: their number is growing.

Some experts estimate that about 1,500 children fought for Islamic State in 2016.

However, the terror group is only one of the parties responsible for minors’ participation in the conflict.

“I would like to stress very, very much that all parties to the conflict, wherever the conflicts are taking place, all parties are recruiting children,” Juliette Touma, UNICEF’s chief of communications for the Middle East and North Africa, told Grasswire.

In December 2016, Human Rights Watch accused affiliates of the Kurdistan Workers’ Party (PKK) in Iraq in recruiting underage Kurdish and Yezidi boys and girls. The PKK denied drawing minors into the fight.

A year earlier, the advocacy group criticized the speed at which the People’s Protection Units (YPG) demobilized child fighters in Syria.

In 2015, the YPG demobilized 149 children within a month. Following the HRW report, it pledged to investigate possible further cases of children fighting within its ranks.

There are also indications that children have been fighting against Islamic State alongside Shia militias in Iraq, and that they are recruited in Syria by government forces. 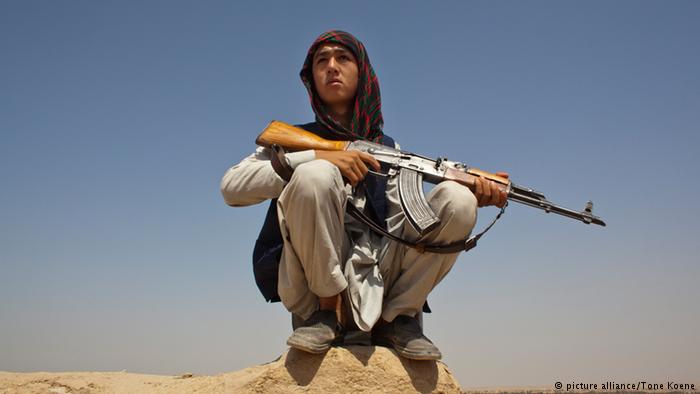 US Department of Defense spokesperson Adrian J.T. Rankine-Galloway told Grasswire that US advisors with the counter-ISIS coalition must report any instances of minors fighting with coalition partner forces in Iraq and Syria.

“As a matter of policy US forces are prohibited from working with child soldiers or providing assistance to armed groups that employ child soldiers.

US forces are required to report any incidences of child soldiers that they might observe within a partner force to their chain of command.”

According to UNICEF, the number of child fighters has been growing not only in Iraq and Syria, but in other countries in the region, including Yemen, Libya and Sudan.


Growing numbers of children in the fight
“What we are seeing is also on the quality side – beyond the numbers – is that children are increasingly taking more proactive roles in the fighting,” Touma said. “Altogether, it is not only the increase in numbers, it is also the change in the role of children, and having said that, it is all happening at an ever young age.”

In Syria, children as young as seven or eight have begun been used in the conflict in secondary roles of porters, cooks and paramedics, but are now being pushed to the frontline, according to Touma.

She said children have been pressed into service to run checkpoints, carry weapons, serve as prison guards and – in some extreme cases – children have forced to become executioners and suicide bombers.

Despite the trend, a spokesperson for the US-led coalition fighting ISIS told Grasswire that sightings of child soldiers were not common.

Nevertheless, one coalition member, Canada, recently became the first nation to introduce a Joint Doctrine Note that lays out “strategic direction” for its troops to deal with child soldiers.

“Commanders are expected to use the JDN as the baseline guidance for their pre-deployment training, operational and mission-specific considerations, and post-deployment follow-up for personnel,” a Canadian Department of National Defense spokesperson told Grasswire. 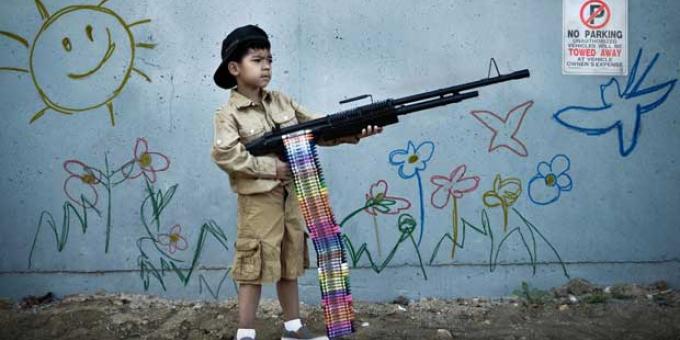 Banksy's iconic graffiti of a child soldier is recreated to call for tighter controls on the arms trade. Photo: Nick Stern

Psychological support and access to education has proven to be the best way to rehabilitate and reintegrate former child soldiers into society, according to UNICEF.


“Families in these countries where conflict has been ongoing for years, they have been stretched economically right to the brink, and so their ability to support the children is being diminished by the day, and some of them are pushing their children to fight, and some children are being abducted, kidnapped and then being used for the fighting.”

– Juliette Touma, UNICEF Chief of Communications for the Middle East and North Africa


In addition, the fund been conducting awareness raising campaigns and providing subsidies to the families in the region to ensure they don’t send their children to work and fight.

Even though the international community closely follows the developments in the region, funding for the victims of conflict remains short.


This article has previously appeared on Grasswire