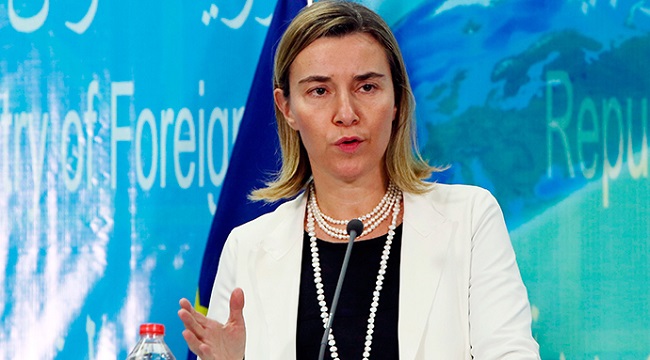 Western powers want to find common ground with Russia and end their confrontational approach over Ukraine, the EU’s foreign policy chief told Italian media. She denied that the EU differs from the US in its position towards dealing with the crisis.

Federica Mogherini, High Representative of the European Union for Foreign Affairs and Security Policy, identified Ukraine as one of the top conflicts worrying Europe, especially regarding its impact on the eurozone’s relations with Russia.

During an interview with Italy’s la Repubblica newspaper, Mogherini suggested opening up direct dialogue with Moscow.

“On the one hand, we should strengthen our support for Ukraine, where the internal economic situation could very quickly become very serious. And, on the other hand, we should begin a direct debate with Moscow on our relations and the role Russia could play in other scenarios of the crisis,” Mogherini said.

“Even in Kiev everyone asks the question of how the conflict could be brought to an end,” the official added, saying that the situation is “very difficult for Russia.” She added that it is in Moscow’s interest to“cooperate.”

At the same time, Mogherini rejected the idea that the EU’s position on the crisis differs from that of the US.

Mogherini said that Washington’s views on Russia match those of Europe, adding that “everyone wants to get out of the logic of confrontation.”

The EU foreign policy chief also identified situations in the Middle East and Libya as major concerns for Europe, pointing out that Russia plays a significant role on the international arena and could help to resolve those conflicts.

“We all know Russia plays an important role not only in Ukraine, but also in Syria, Iran, the Middle East, Libya,” she said.