Home / News / US / US to ‘reassess’ its ties with Israel: Obama tells Netanyahu 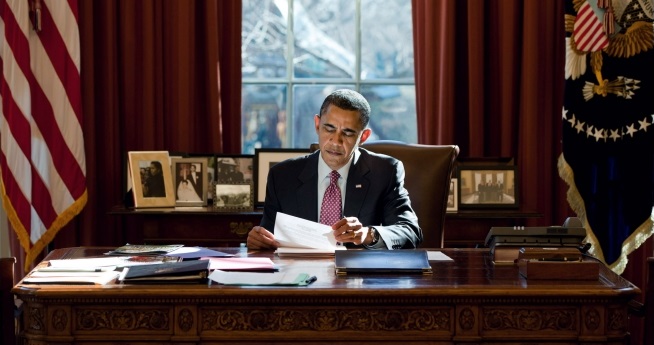 US President Barack Obama has told Benjamin Netanyahu that Washington will “reassess” its ties with Tel Aviv after the Israeli prime minister’s recent provocative statements.

Obama delivered the message in a phone call to Netanyahu on Thursday, days after Netanyahu rejected the idea of a Palestinian state during his election campaign.

“The President told the [Israeli] Prime Minister that we will need to re-assess our options following the Prime Minister’s new positions and comments regarding the two state solution,” according to a White House official.

Netanyahu’s rightwing Likud party won 30 of the 120 seats in parliament, against 24 for rivals in the center-left Zionist Union in Tuesday’s Israeli national election.

Netanyahu made opposition to nuclear negotiations with Iran a centerpiece of his reelection campaign. He also rejected the idea of a Palestinian state, which has been a key element of US foreign policy.

In his telephone conversation with Netanyahu, Obama also – finally – “congratulated” the Likud leader on his election win.

On Thursday, the White House raised the prospect of removing critical US diplomatic cover for Israel at the United Nations, following Netanyahu’s divisive victory.

“Steps that the United States has taken at the United Nations had been predicated on this idea that the two-state solution is the best outcome,” said White House spokesman Josh Earnest.

“What is apparent is that in the context of the campaign and while he was the sitting prime minister of Israel, he walked back from commitments Israel previously made to a two-state solution,” Earnest said.

“Now our ally in these talks has said that they are no longer committed to that solution. That means we need to reevaluate our position in this matter, and that is what we will do moving forward,” he added.