Home / Europe / News / US / US threatens Russia with arms in Europe 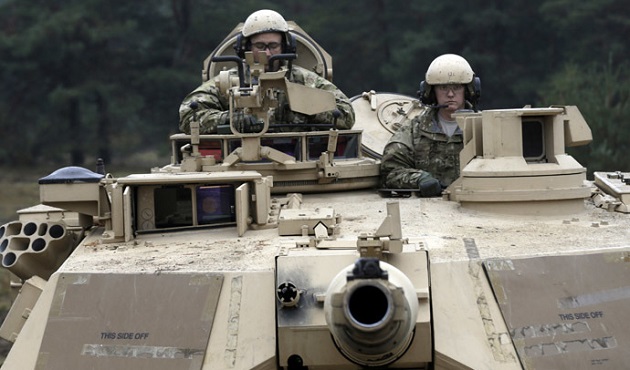 The United States has once again threatened Russian President Vladimir with deploying more than 150 tanks and armored vehicles in Europe.

Lieutenant-General Ben Hodges, commander of the US Army in Europe, said the Pentagon planned to deploy the tanks and vehicles by the end of 2015.

They could be placed in Poland, Romania or the Baltic states, the military commander told Reuters.

“By the end of… 2015, we will have gotten all the equipment for a heavy brigade, that means three battalions plus a reconnaissance squadron, the artillery headquarters, engineers, and it will stay in Europe,” Hodges said.

However, Russia denied the allegation and said the testing of a ground-launched cruise missile in July 2014 was in compliance with the INF treaty.

Hodges said the United States currently has about 30,000 troops in Europe plus a similar number of Air Force, Navy and Marine personnel.

He added that the US military would keep the forces in the continent despite budgetary pressures in the country.

The US and its allies accuse Russia of sponsoring military activities in Ukraine. The Kremlin has firmly rejected the accusations.