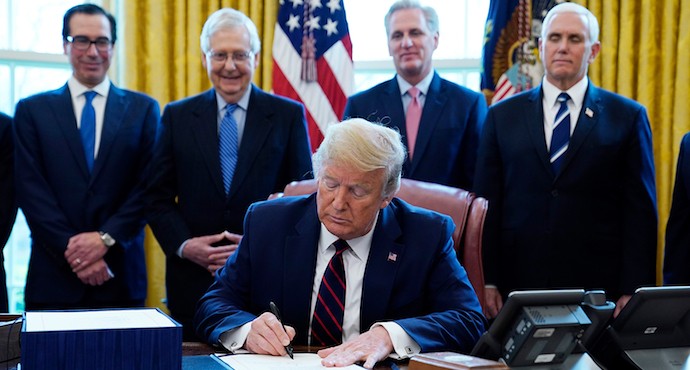 “Our nation faces an economic and health emergency of historic proportions,” House Speaker Nancy Pelosi said before the vote. “We do know that we must do more.”

The bill is the largest rescue package in the history of the United States. “This will deliver urgently needed relief,” Trump said as he signed the bill in the Oval Office, flanked only by Republican lawmakers. He thanked members of both parties for putting Americans “first.”

“This is a pandemic that we haven’t even seen for over 100 years in our country. It’s really such a tragedy. So we had to take important action that puts families first and workers first and that’s what we did,” House Speaker Nancy Pelosi said earlier this week.

President Trump also used his power under the 1950 Defense Production Act to issue the order to General Motors to produce ventilators for hospitals strained by COVID-19 patients.

Details of the rescue package: