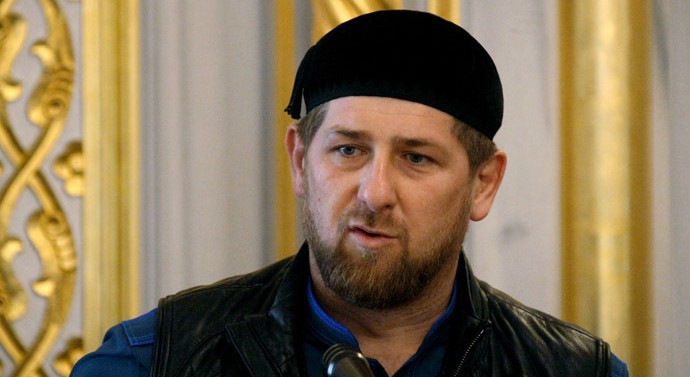 Ramzan Kadyrov has promised to step up security in the Chechen Republic and vowed the toughest punishment for those “who turn against Islam and their own people” by committing terrorist attacks.

“Modern militants are not lost – they are sick. They cannot be cured, they can only be destroyed,” the head of the Chechen Republic said in an interview with the Izvestia daily.

Kadyrov pledged he would do everything in his power to prevent any repetition of the December 4 terrorist attack in Grozny, the Chechen capital, when terrorist gunmen killed a traffic officer and engaged security forces in a gun battle. He added that, as speed was crucial in successful anti-terrorist operations, Chechen law enforcement agencies might act without coordinating their effort with neighboring republics.

“As soon as we receive operative information we will not wait for someone to make a decision. We will move out and check it – to Ingushetia and Dagestan if such a need arises – and we will destroy the terrorists there.”

Kadyrov also told reporters about his letter to federal Interior Minister Vladimir Kolokoltsev, in which he asked for a high-level meeting and detailed instructions that would allow Chechnya, Ingushetia and Dagestan to work together on terrorism cases.

The Chechen leader said that extra security measures were planned in Grozny, but added that the situation was the same as in major cities, like Moscow or London. He was also defiant about militants’ threats to launch new attacks over the New Year’s holidays.

“The militants have already started making statements about New Year not being a Muslim celebration,” Kadyrov said. “They claim they will soon raid Grozny and warn everyone against attending any festivities. This is just bragging. If they had such opportunities, the means and resources, they would already make our life impossible.

Yet we live and work freely, and people only started hating them more. We had a rally of several thousand people recently and there the women who lost three or four sons – they asked [the terrorists] to leave our region alone, they don’t want the tragedies to be repeated and they are content with today’s situation in the republic,” Kadyrov said.

Kadyrov also expressed his suspicion that the current crisis in Ukraine was an attempt by certain unfriendly forces to drag Russia into war, like the one that took place in Georgia in 2008. He added that the fact that Ukrainian law enforcement agencies had opened a criminal case against him made him proud.

The Chechen leader referred to the early December news about a criminal probe into “terrorist threats” started against him in Ukraine after he demanded that Ukrainian MPs who supported the terrorist attack in Grozny be handed over to Russia for trial.

“I must be proud of this,” Kadyrov told reporters. “They’re taking me into consideration, they fear me. They know that I can anytime come to their homes and knock in the window. To have an investigation into some case, you first need a law. But there, they have no laws and no democracy.”

“This article was originally published in RT News website”